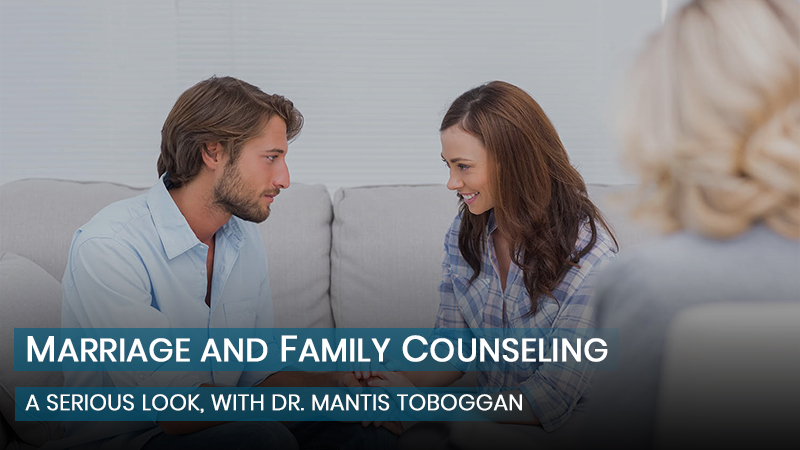 You asked, I delivered.

Whilst checking my emails for the website one day, I wandered into my Spam folder. Lo and behold, I discovered this letter from a lovely woman, a one Miss Jennifer Brown:

Somehow this nice lady’s email got lost and redirected to my Spam folder, where it sat for a few days before I saw it. Oh dear!

The wonderful Ms. Brown, who was very obviously an avid reader of my website, was curious as to why I had never written about the lucrative topic of marriage and family counseling. This woman was so concerned about this issue that she offered to contract a specialist to write an article for me, free of charge no less! This was something Ms. Brown was obviously very passionate about, so passionate that she herself would foot the bill to get a specialist in marriage and family counseling to write an article for my readers.

Jennifer Brown’s passionate email got me thinking: Why had I NOT written about marriage and family counseling yet? I’ve written about many topics throughout this site’s 13 year history on the intertrons, from stoned ramblings about cheeseburgers to insane liquor-fueled rants about the United Nations to a thought-provoking diatribe about the Abrahamic God and why he’s a tyrant to inane plans to screw with the time stream to the stupidity of the Mandela Effect. Somehow in the midst of all this content, marriage and family counseling had escaped my sight.

But not for long. I value my fans, and so I swore to do right by Ms. Brown:

Jennifer Brown wanted to know the benefits of marriage and family counseling, and by Allah I was going to give them to to her!

Ms. Brown wasn’t the only one with experts in her pocket. I consulted a good friend of mine, Dr. Mantis Toboggan.

Dr. Toboggan is a well-known MFT (Marriage and Family Therapist) in the Philadelphia area. For over 30 years, Toboggan has mended marriages and fixed families. Ever the optimist, Dr. Toboggan believes that there are no marriages that can’t be saved and no family bonds that can truly be broken. “It’s always sunny!” says Toboggan. Indeed, this is his personal mantra, his credo. His commitment to this philosophy is so strong that inside his office he boasts a large canvas painting of a sun-lit Philadelphia skyline with the phrase “It’s always sunny in Philadelphia” written on it.

I was genuinely curious as to what pushed Dr. Toboggan down the road to becoming a marriage counselor. As it turns out, it was personal experience that drew the doctor to his profession.

“My wife, she was a crazy bitch,” Dr. Toboggan told me. “The broad ended up cheating on me for a gay guy, can you believe it? Then she died from a botched neck lift and left me squat! I didn’t want that kind of thing to happen to anybody else, so I became a doctor and here I am!”

Dr. Toboggan said that his favorite part of the job was meeting the unique people that came through his office. “I’ve seen a lot of crazy shit during my time,” says Dr. Toboggan. “I saw a priest become a homeless junkie! Only in Philly!”

Asked if any particular experience stood out, Dr. Toboggan told me an interesting story about a marriage that fell apart.

“So this guy, he meets up with this broad he liked back in high school, finally lives out his dream of banging her. One thing leads to another, they get married. Well, girl starts driving him crazy, riding his ass about spending time together. Guy divorces the broad, ends up getting stuck with her debt and paying her alimony. She goes batshit crazy and gets surgeries to turn herself into a cat!”

The story didn’t end there.

Dr. Toboggan was certain that his counseling could have fixed things.

“I tell these people all the time, just listen to me, I know what I’m talking about! I told Dennis marrying that crazy bitch Maureen was a bad idea! Did he listen? No, he never does! Now he’s $90,000 in the hole and he’s stuck paying for her freak surgeries.”

Toboggan went on to state that the greatest benefit of marriage counseling, in his opinion, was the money. “I’ve done a lot of rackets over the years,” the doctor said. “I ran a large company, I had my own trash business, I even own a bar. Here all I do is say some generic shit, charge these morons $120, then book them for next month and do it all over again. Easy money!”

Still, for Dr. Toboggan there was more to marriage counseling than the money.

“Some of these women are real whores,” Dr. Toboggan laughs. “They cheat on their husbands with a new guy every week, and these guys think they can just throw money at the problem and fix things.” The doctor paused for a moment, then let out a dry chuckle. “These guys basically pay me to bang their wife!”

I was starting to question Dr. Toboggan’s ethics. Here was a guy who was barely 4′ 10″ and looked like he could have played the Penguin in a Batman movie, bragging about taking advantage of his patients. Before I could contemplate reporting Dr. Mantis Toboggan to the psychology licensing board, our meeting was interrupted when the door burst open and two people barged in. One was a rather gangly looking woman, the other a muscular guy. “HEYOOOOOOOOOO!”, they yelled in unison.

Dr. Toboggan seemed caught off-guard by the intrusion, but evidently knew the intruders. “What the hell are you guys doing here?” Dr. Toboggan asked. “Frank, me and Mac just came up with this awesome idea!” the lady said. As she stepped closer to where I was sitting, I noticed that this woman looked an awful lot like Big Bird from Sesame Street. “Damnit Deandra not now,” replied the doctor, “I’m giving an interview!” The woman looked to me. “Wait, who’s this guy?” I introduced myself and began to tell her about the website and Ms. Brown’s email, but I was cut off rather rudely. “No, you know what, I don’t care, your blog probably sucks. Frank, me and Mac have this amazing idea for Paddy’s but we need your money!” Why did this woman keep referring to Dr. Mantis Toboggan as “Frank”? As I began to ask why she kept calling him Frank, I was interrupted yet again.

“Frank, check this out,” the muscular, and obviously gay, guy said sharply. “We were just at this hibachi place by Penn’s Landing and they were doing like insane business! What if Paddy’s did hibachi?” Dr. Toboggan paused for a moment, clearly contemplating the idea. I wasn’t sure what was going on here, but seeing as I wasn’t getting any answers I figured I may as well watch and see what happens. After a minute or so, Dr. Toboggan spoke.

With that, Dr. Toboggan grabbed his coat and headed for the door with the bird-looking woman and the buff gay guy. Before he could leave, I called out to him, asking what the hell was going on. As he stood there in the doorway ready to leave, he turned to face me one last time.

“You wanna know the truth, kid? It’s all a bunch of bullshit. Marriage counseling is a big racket. You and your woman have a problem so instead of sitting down like adults and working things out you pay someone to pretend they give a shit for an hour every few weeks, then you go home and try some stuff that doesn’t really work. Some people just ain’t meant to be together kid, and paying some shrink won’t change that. Hell, I ain’t even a real doctor! I just did this to bang vulnerable housewives!”

I asked him what I would tell Ms. Jennifer Brown, who was depending on me to write this article.

“I don’t know, make up some bullshit that never happened! Why the hell are you writing about marriage counseling anyway? I’ve seen your website, I know what kind of stuff you write about. If you ask me, I don’t think the broad even read your website at all.”

“Take care of yourself kid.”

And with that, Dr. Mantis Toboggan disappeared, never to be seen again.

Had I bothered to do even just the slightest amount of research before reaching out to “Mantis Toboggan”, I might have realized that I was wasting my time with someone who found it fun to screw with people. Just as well, marriage counseling probably wasn’t something my readers cared very much about to begin with. I had not only wasted my own time, but Jennifer Brown’s time as well. Sorry Jennifer. If you ever find yourself in the Philly area though I can make it up to you by taking you out to dinner. I know this awesome hibachi place by Penn’s Landing, it’s got a waterfront view and everything. Then we can go down to South Street afterwards and get ice cream (and look at comic books if that’s your thing, if not no biggie).

I stepped out into the empty lobby, then pulled out my phone and called Señor Juan. After explaining what had happened, I asked Juan if he could pick me up. After all, this office was in a very unsafe neighborhood, and I had taken public transit to avoid having to deal with the mess that is Philly-style on-street parking. Juan agreed. 10 minutes later, the sound of the descending chopper filled the air as Juan safely landed the Huey in the middle of Allegheny Ave. Avid readers of this site (like Ms. Brown) will remember the Huey’s first appearance in my “Where I’ve Been” article from 2014. Yes, we still have that thing, it’s like my own personal Thanoscopter now, all customized and shit. Maybe one day I’ll share an updated picture.

As I stepped out of the building and headed towards the waiting Huey (which was was bouncing around; Juan really likes playing with the hydraulics), a black man in a purple and white striped shirt called out to me.

I glanced back, raising my eyebrows.

“What’s the benefits of marriage and family counseling for families?”

I paused for a moment, then replied, “I look like I fucking know? Why are you asking me?”

With that I boarded the Huey, and me and Señor Juan flew off into the sunset to beat up terrorists in the Middle East.

UPDATE: Ms. Brown was more than pleased with my article: