Skip to content
HomeCensorshipThe UN can suck my dick

I’ve been trying hard as hell to avoid doing politically-oriented articles, especially UN and Obama-bashing ones. Try as I might, I can’t ignore this crap.

What the fuck is this shit.

Did Barack Obama really sign on to an international treaty that contradicts the Constitution?

I love the justification for this, “To improve the United States’ image in the Middle East.” What? You want us to give up our rights for a bunch of crazy towelheads who will hate us no matter what we say or do? Maybe Europe is fine with surrendering their country to a twisted religious ideology, but America sure as hell isn’t. What message does this send other countries? “Please don’t hate us. We’re really nice sensitive people =(” The only message America should be sending other countries is this: 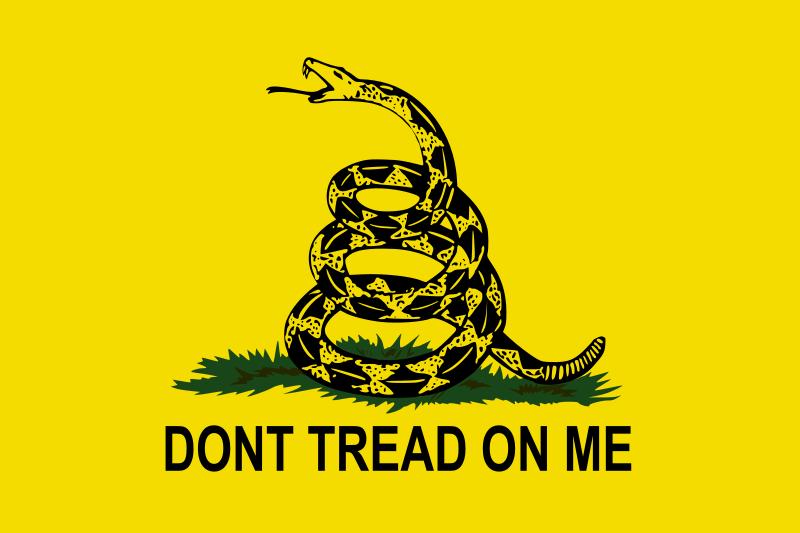 And if that fails, this:

While it’s generally not a good idea to go to war over mundane things, it’s an even worse idea to suck everyone’s dicks, especially at the cost of the freedom of your own people.

I want the UN to try to enforce this. I’m begging you, Obama. Authorize United Nations “Peacekeepers” to do policing duties inside the US. I have absolutely no reservations about opening fire at a bunch of foreign troops invading my country, and anyone who does have reservations about it is a gutless coward. No matter who sanctions it, foreign troops carrying out any kind of policing actions against the American population on American soil is by definition a military invasion, and we the people will respond to it in kind. Besides, from what I hear most of the Blue Helmets are child molesters. I’d be doing the world a huge favor by killing them.

Don’t get me wrong here. I’m not telling people to go out and declare open-season on the United Nations. My scenario only applies if UN Peacekeepers are being used on American soil in a law enforcement capacity. As it stands right now, there’s no need for violence. I have no doubts that one day the UN will attempt to deploy a coalition of foreign military forces onto American soil to “stabilize” or “secure” the country by using force against American citizens. That is when violence may be necessary.

IT IS A VIOLATION OF UNITED STATES LAW FOR UN PEACEKEEPERS TO OPERATE WITHIN THE BOUNDARIES OF OUR COUNTRY. YOU ARE NOT ALLOWED TO AUTHORIZE THEM TO DO SO. NO INTERNATIONAL TREATY CAN SUPERCEDE THE UNITED STATES CONSTITUTION. THE CONSTITUTION IS CONSIDERED THE HIGHEST LAW IN THE LAND. For fuck’s sake Obama, you swore to defend the Constitution, not nullify it to appease a bunch of scumbag sand worshippers.

At this point, I honestly don’t give two flying fucks if what I just said is illegal. This entire country is just an avalanche waiting to happen, and Obama is the idiot standing at the top of the mountain yelling and giggleshitting himself at the sound of his echo. I’m in no way condoning some idiot to go out and start shooting at government officials.

So when this thing officially passes, my site could be closed down for using ethnic and racial slurs. Welcome to the New States of America, where you can say anything you want as long as someone who can afford lobbyists doesn’t disagree with it. I refuse to obey this unconstitutional law, end of discussion.

I don’t care about offending anyone. Muslims worship a pedophile. Muhammad married a 7 year old girl. If that’s not the definition of pedophilia, then I don’t know what is.

Honestly Muslims, I tried to avoid coming down on you. Now you’ve left me no choice. Behold, the biggest act of blasphemy possible towards Muhammad and Allah: 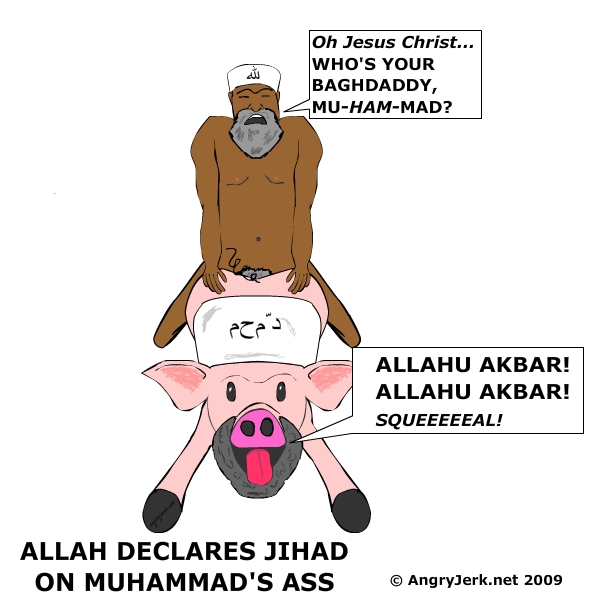 And all across the Middle East, thousands of scimitars were raised in anger, as jihad was declared upon the infidel known as Angry_Jerk.

For those who aren’t learned in the tenets of Islam, here is everything blasphemous about this picture:

-Muhammad is depicted. You are not allowed to produce a physical image of the prophet.

-Allah is depicted. Same as Muhammad, taboo to produce a physical image of God.

-Muhammad is depicted as a pig. Pigs are considered the uncleanest of animals in all Abrahamic religions (yes, you too Christians), especially Islam. Depicting their prophet is bad enough, but I have also depicted their prophet as an unclean animal. That’s a huge insult to them.

I’m sure there’s more things blasphemous about it, but those were the worst.

This is your hope and your change, America. Hope for the rest of the world via changing America into a pussified socialist police state. America, the land where the feelings of a handful of crybabies are more important than basic human rights. Aren’t you glad you voted for Obama? You deserve your muzzles, you fucking idiots.