What is this site about?

Sometimes this site is about the absurdity of politics. Sometimes it’s about awful products. It can be about the stupid things that people do and say, or TV shows that should have never made it on-air let alone garnered a following. It’s about crappy radio DJs and short playlists. It’s about awesome music, women I find attractive, and a burger I made that kicked ass. It’s about nothing at all. Most importantly, this website is about giving a damn without giving a fuck.

Most of all though, this website is about me, an in-his-30s cynical jerk with a superiority complex.

I’m Angry_Jerk, a veteran of the 00’s-10’s internet rant scene, and the current King of Internet Ranting. Before the age of YouTubers, streamers, e-thots, “content creators”, and “social media influencers”. Back when people made content because they loved doing it and didn’t make a dime off of it. I remember the legends of old, like NinjaPirate, Bob Smash, and DrakeGTA (RIP). I remember when Rantlister was a thing. I even remember when Maddox of The Best Page in the Universe wasn’t the laughingstock of the internet and was the crème de la crème of internet writers. And yes, I even remember when you could express an opinion that went against “the grain” and not have to worry about “social justice warriors” on Reddit and Twitter ganging up to try and ruin your life.

Those days may be gone, most of those writers may have packed up shop and called it quits, but not me. Since 2007, I’ve taken to the internet to speak my mind through rage-filled rants, inane ravings, and lighthearted musings.

And I plan to continue to do so for as long as I can.

So if you’re tired of all the “content aggregators” out there churning out one crappy list-style article after the next in an attempt to generate more ad revenue, the professional YouTubers pumping out new videos every week that are chock full of sponsored plugs for companies, the so-called “experts” that just parrot the same tired old advice that doesn’t actually work, and the overly-offended social justice warrior cry-bully pussies, then join me here at AJnet. If you enjoy raw and unbiased social commentary, this is the website for you.

Answers to various questions I’ve received from readers over the years. I will update this as needed.

“Were you serious about what you said in (article)?”

Maybe, maybe not. If you can’t figure it out on your own that’s your problem.

“Can we trade links?”

If you have content that I think my readers will like and is relevant to a specific article of mine, then sure. It’s hard to build an audience nowadays, us internet nobodies have to stick together.

“Where do you stand on the political spectrum?”

On the high ground. Both sides are oceans of bullshit.

“When are you going to update next?”

Whenever I have something to say. Update schedules are for pussies.

“What would you look like if you were Princess Jasmine from the Disney movie ‘Aladdin’?”

Stephanie B. of Seattle was kind enough to answer this for the thousands of people wondering: 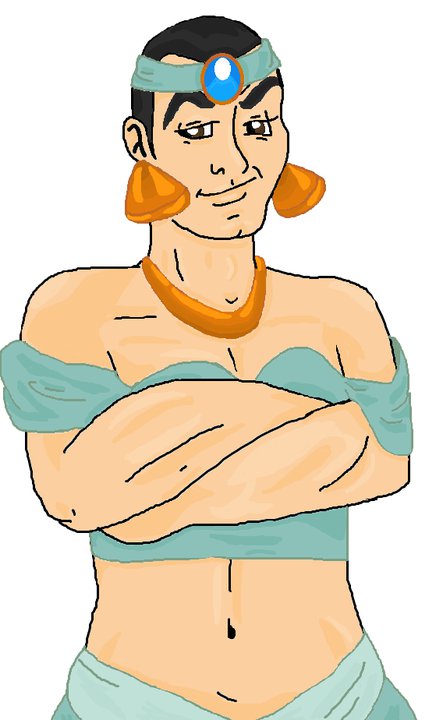 “(Anything relating to white supremacy)”

Read this and get the hell off my site you racist piece of shit.

“What’s the official song of AJnet?”

AJnet has several official songs, encompassing many genres. Here are just some of them:

“The Trooper” by Iron Maiden (duh)

“Still Don’t Give a Fuck” by Eminem

“Courtesy of the Red, White, and Blue” by Toby Keith

“Hit Me With Your Best Shot” by Pat Benatar

Get the fuck off my website and kill yourself, faggot.

If it kicks ass, and it inspires you to kick ass, it’s an official song of AJnet.