Whilst browsing Encyclopedia Dramatica, I came across an article about “real life super heroes”. I wasn’t expecting much from a bunch of people who probably read too many comic books or saw too many Batman movies, but some of these people are just fucking ridiculous. The “World Super Hero Registry” is quite possibly the funniest thing I’ve seen in a while.

While most of us can probably agree that taking the law into your own hands and being a vigilante is awesome, these living abortions have bastardized the idea in ways unfathomable to the average human. Instead of Punisher-esque badasses going around raiding drug houses and leaving giant bloodbaths in their wake, we have pantywaists like “Captain Ozone”: 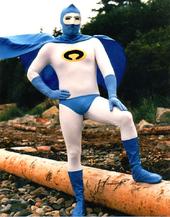 From the Captain’s MySpace:

I’m Captain Ozone. I am an environmental, real-life superhero. I’ve come at this point in time to ask you to help me promote pollution-free, renewable energy or “green energy”.

I did not travel far-flung just to ask you to become a vegan, plant a tree, and to ride your bicycle. And I’m not here just to encourage you to vote for “green” politicians. I’m here looking for dynamic agents of change(not armchair activists) to join me in my righteous campaign for renewable energy!

Aside from faggotry that would make even Spiderman cringe, this has to be the most useless “hero” ever. What the fuck does he do that makes him any different from the other hippy assholes except for wearing a fruity costume? On the bright side, at least it would be easy to frame him for eco-terrorism.

Are these people serious? Not a single one of them looks even remotely imposing. If I was getting my ass kicked by 10 street punks and one of these dweebs attempted to save me I’d tell them to fuck off and continue to take the ass-kicking. It’s obvious that either a) These people just dress up and take pictures, and don’t really go out in public, or b) these people are fucking stupid and just asking to get killed.

Here are some of the most ridiculous costumes: 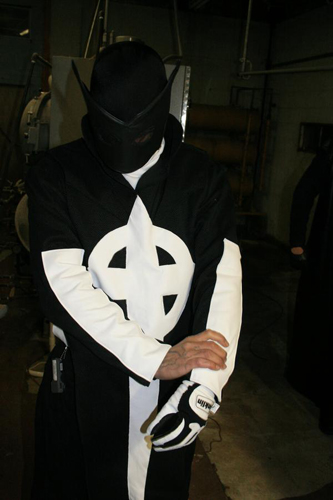 First of all, there’s way too much baggy shit on this costume. Any attacker could easily grab poor Insignis here and ruin his shit. Fortunately for Insignis, this isn’t too much of a problem, since most attackers would probably collapse from laughter after seeing that he’s wearing batting gloves.

Second, Insignis claims to operate at night, so why would he make half of his costume white? That ginormous Klansman-esque cross on his chest would make the perfect bullseye. Insignis’s costume is highly visible in the dark, unlike his dignity, which has disappeared like a shadow in the night. 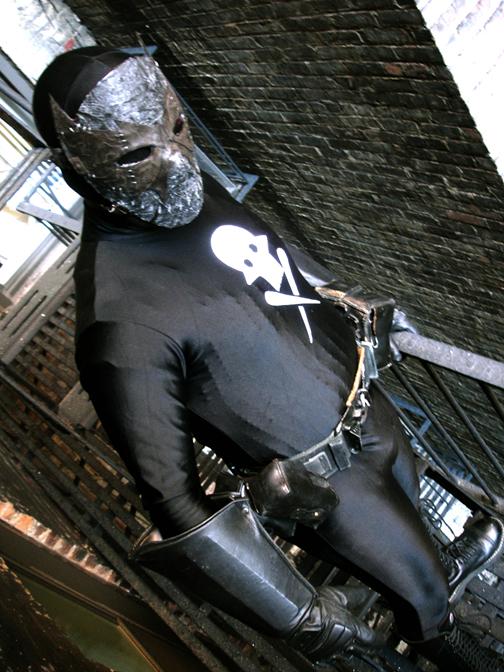 While I have to give “Death’s Head Moth” a couple of points for wearing chainmail underneath his costume and for obviously being a fan of “The Silence of the Lambs”, I’m forced to take 200 points for the unwieldy-looking gauntlets and the hella-big utility belt, which will only slow him down. What the hell are you carrying in those big-ass boxes anyway, a family of Mexicans? 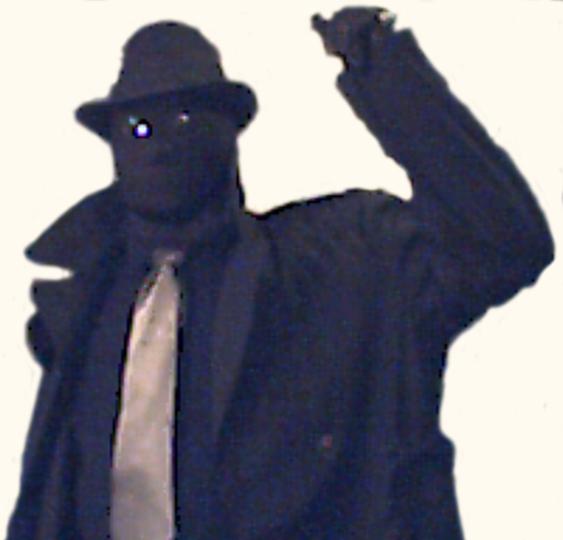 You don’t tug on Superman’s cape, you don’t spit into the wind, you don’t pull the mask off the ol’ Lone Ranger, and you don’t mess around with Jim. However, feel free to tug on Nostrum’s ridiculously long coat, spit on the sunglasses he’s wearing under his ski mask, pull his tie, and just outright mess around with him. It’s not like he’ll be able to chase you down for more than 50 feet before his coat trips him up or the wind steals his fedora.

This guy is an obvious cosplayer, and there’s no way in hell he goes outside wearing a ski mask with sunglasses underneath. Put on sunglasses and tie a bandanna around your nose and mouth, and you’ll see what I mean. Or rather, you won’t, because the glasses will fog up. 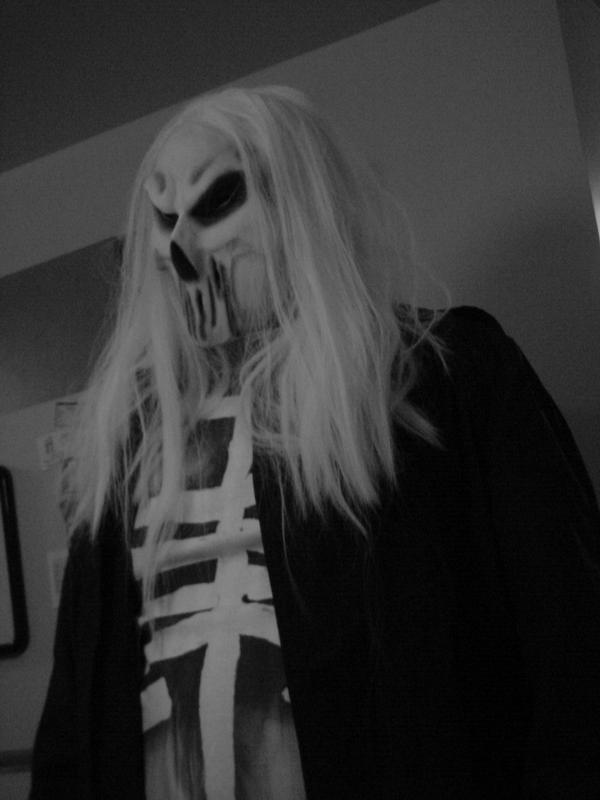 There’s a reason that soldiers are given buzzcuts, Ghost, and that’s because someone could sneak up on them from behind, grab their hair, pull their head back, and slit their throats. But you don’t have to worry about that, because who could possibly take a guy in a Halloween costume seriously? Really, the only way this guy could be any dorkier is if he called himself the “Long Halloween” in a reference to Batman. Eek, I actually cringed while typing that. 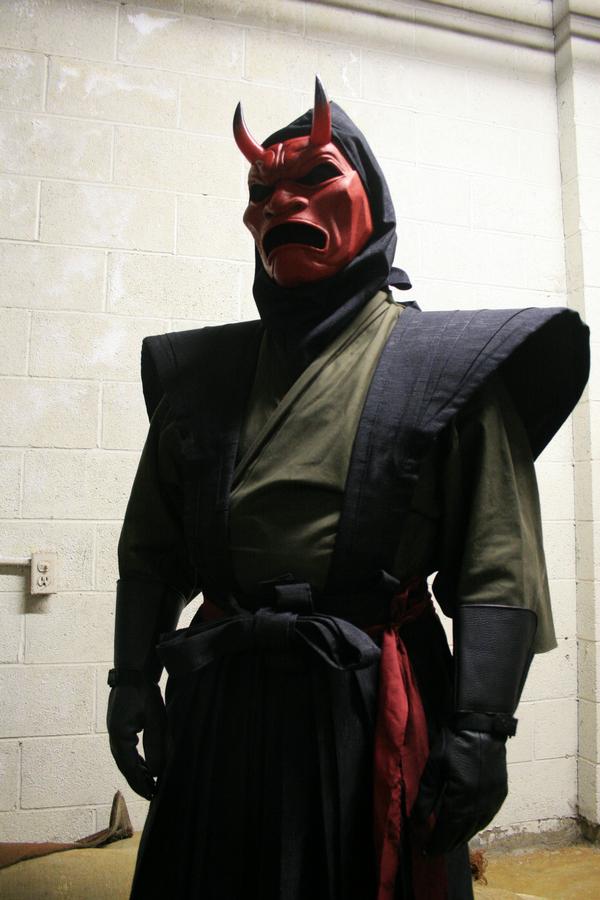 Oni has done more damage to my childhood memories of playing Mortal Kombat than Rule 34 could ever hope to do. Why Oni, why? 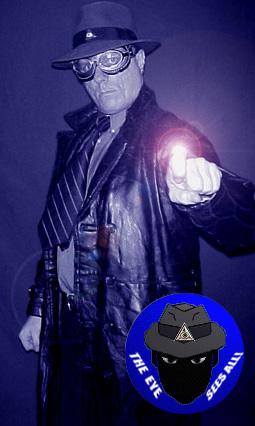 There’s only one thing the Eye doesn’t see: A sex life. 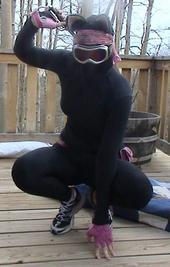 I have no real issue with Nyx or her costume. I just wanted to let her know that I jerked off to this picture. 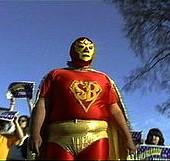 As a child, mild-mannered Juan Nuñez-Sanchez watched his parents be mercilessly gunned down by the Los Zetas drug cartel. Vowing revenge, Juan joined a traveling lucha libre show, adopting the moniker “Super Barrio”. After training for 20 years, Super Barrio went to avenge his parents, only to be hilariously mocked by the heavily-armed Los Zetas members, who forced him to do the Truffle Shuffle at gunpoint. Since then, Super Barrio has forgotten about avenging his parents, instead preferring the comfort of a tub of Breyer’s ice cream and reruns of Seinfeld. 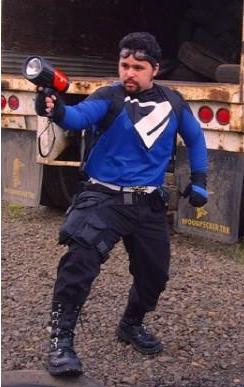 Before the Los Zetas drug cartel discovered that their supposed arch-nemesis Super Barrio was just some semi-retarded lard ass, their fat and fearless leader Heriberto “Butterball” Lazcano attempted to psychologically intimidate him by donning this ridiculous costume and calling himself “Zetaman”. 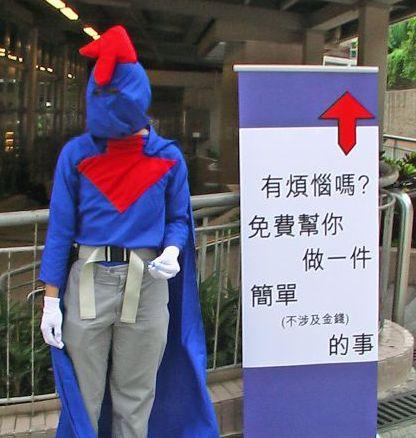 Oh man, I won’t lie. That was terrible. 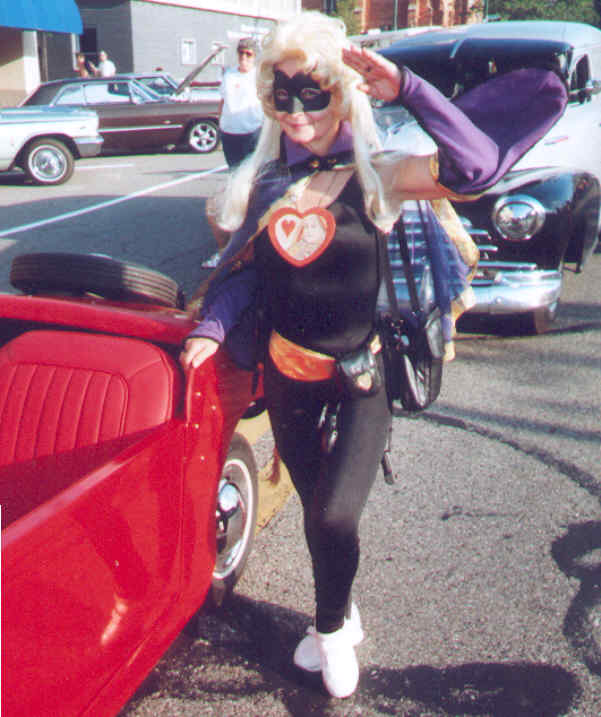 May God have mercy upon the poor soul who happens to come across the Queen of Hearts.

Amazonia, obvious rape victim, and founder of an all-female superhero group known as Vixens of Valour. For fuck’s sake lady, just call yourself the Incredible Manhater and change your group name to League of Lesbians.

Never has something had so much potential yet been executed so poorly. To be fair though, anyone with half a brain understands why it’s a bad idea to publicly boast of a crime over the internet. I’m sure that if there is a serious group of vigilantes out there going around kicking the shit out of or killing criminals, they’d know better than to congregate on an internet forum viewable by the entire world. Also, if one of these groups is operating in or around Philadelphia, feel free to drop me a line. You obviously need organization and direction, since I know nothing of your existence.

The rest of you costume-wearing faggots sicken me. Either man up or shut up.