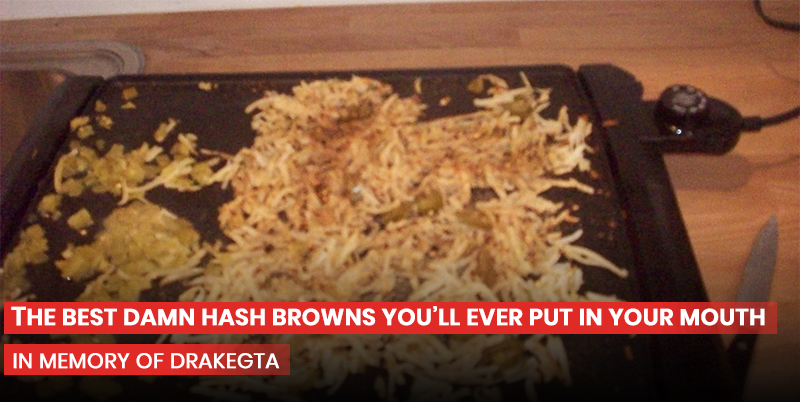 On the morning of September 16th, 2021, I woke up to terrible news on Discord.

One of my oldest internet friends, Drake, aka Jaun Galt, aka pmmeyourproblemsolva, aka the legendary DrakeGTA died in his sleep the night before.

I won’t go into the details of his death since it’s not my place to put his personal business on the internet. Not only was Drake a longtime member of the now-deceased AngryJerk.net Forums, but he was also the original founder of Rantlister’s famous “The List”, a compilation of lesser-known rant sites. That’s right, my friend Drake was part of internet history.

In the last two years, I’ve had too many people die. In 2020, one of my best friends, we’ll call him Crazy Jon, lost his infant daughter. My best friend Slim, aka Pyri, aka Jewbacca, aka Malachi, (also a member of the AngryJerk.net Forums) passed away on Thanksgiving Day of 2020 thanks to complications brought on by COVID and his weight. On Memorial Day weekend of 2021, one of my bosses at work died of heart problems. Dave was an old-school no-bullshit kind of guy, and was pretty cool to work with. And now, one of my oldest internet friends has died too.

On a personal level, he was one of my best internet friends. Whenever I needed an ear (or I guess a pair of eyeballs in this case), Drake was there to read my walls of text bitching about the latest slight against me or whatever bullshit I was whining about. Naturally, I was always there for him in a similar manner.

I don’t want to turn this into some sappy emotion-filled piece about how I miss my friend and how I’m tired of losing people and how I’m pretty drunk right now, so the last thing I’ll say on the matter is this:

AJnet operatives don’t die. They simply get reassigned to the “other side”. I have no doubt in my mind that, if there is an afterlife, Drake and Pyri are most certainly there kicking ass and not taking names (IT DOESN’T MATTER WHAT YOUR NAME IS, JABRONI). I fucking miss you guys with all of my heart and body. Including my pee-pee. ESPECIALLY my pee-pee. No homo.

You probably noticed the title of this article and wondered why, instead of a recipe for hash browns, I went on a tangent about my dead friend. Alternatively, if you’re my homie Torbrex (or a very dedicated old reader of Rantlister with autism), you know exactly what’s up and where this article is going.

It’s apparently tradition to post a bunch of long-winded irrelevant bullshit before you share a recipe. Seriously, look at sites like AllRecipe. The content is like 10% recipe 90% bullshit that literally nobody fucking cares about. Nobody gives a fuck about your family or the history of the recipe, bitch. Cut the fat and tell us how to make the fucking dish.

The reason I shared all of that shit about my friend Drake was because he wrote the content I am about to post.

While Drake’s old website DrakeGTA.com is long dead, I was able to find it on Archive.org, and was able to grab one of his more popular bits, which was a recipe for hash browns that he wrote in 2012. In memory of my fallen homie, I will be reposting his full original recipe for hash browns on my own website for your viewing pleasure. I may or may not repost other articles of his later in the future.

From this point on everything is written by Drake and not me. The content is unaltered and unedited, save for any annotations made by me in red.

Drunken Cookery: The Best Damn Hash Browns You’ll Ever Put In Your Mouth

So it’s Sunday morning, the kids are screaming to be fed, and I’m hungover. Like any good Irishman, I’m dealing with my hangover the traditional Nazareth way, Hair of the Dog. You know what that means! I better get to cooking, and you’ll get a new episode of drunk cookery. Now there is already one dish for which I am famous the world over, it’s “The Best Damn Hash Browns You’ll Ever Put in Your Mouth.” So purge your digestive tract and make way, because here it comes.

As an added bonus, I’ve posted both versions of this recipe. The sissy version (for little girls, specifically for my two little girls) and the manly version. I would call them the “no huevos” version and the “grande huevos” versions, but huevos actually means eggs, and I wouldn’t want to confuse anyone, because fuck eggs, don’t get your nasty, stinky, fucking albumin puss, eggs anywhere close to my godlike perfect hash browns. We’ll go over the sissy version first, and then jump to a batch of the manly hashed joy that is my gift to the world.

The first thing we need to do is assemble our ingredients.

Since I know my audience, I’ve included a pictorial guide.

Step 1: You and your children are awakened at the ungodly hour of eight in the morning by a neighbor’s chainsaw. Throw rocks at him for being a morning person.

Step 2: Look in your fridge for ingredients, end up making at least one trip to the store.

Step 3: Assemble ingredients. Take a moment to consider your spatulas.

See that soft spatula on the far left, that’s the one you want. If you don’t have a soft scraper spatula, a firmer one will do, just not as well. Lastly, a solid spatula (like the one on the far right) sucks for griddle cooking. Like any good technician you should know your tools well, maybe even give them names. The trusty one of the left that I use for almost everything, I call him “Esteban.” That one in the middle, he’s a little tougher, I call him “Rodrigo.” (EDIT BY AJ: I’m trying to update these YouTube links so they actually work, but I have no idea what video he was referencing here) That big solid thing on the right, let’s call him “Gunther.” So put Rodrigo and Gunther back in their place, and get ready with “Esteban.”

Step 4: Preheat griddle to 300 degrees Fahrenheit (148.888889 degrees Celsius for you metric people, and 422.038889 kelvin for you science lab suckers.) While the griddle is preheating chop off a slab of butter, and lay that bitch down on the griddle. I used to buy liquid butter and paint it on with a brush like I’d seen on TV, but that isn’t any better. Just take a slab of butter and let it melt on the griddle, spread it around with “Esteban.”

Step 5: Throw on about half a bag of potatoes. The trick here is to spread them as thin as possible. You want each individual hash to brown, none of that amateur, cooked on the outside, raw on the inside, shit that you get pressed into a triangle at McDonald’s.

Step 6: Don’t do anything yet. Don’t flip them, don’t add seasoning, just wait. This is the hardest part of the recipe. Just let those potatoes cook. When they start to look brown around the edges, don’t do shit, I said let them cook.

Step 7: When you’re sure they’ve cooked enough, probably too long, don’t flip them yet. Add Spicy Season All and Black Pepper. (You don’t need to add salt because Season All is salt.)

Step 7: Now you may flip them, remember to let the other side cook well.

Step 8: When you’re sure this side is burnt, put Season All and Black Pepper allover this side. If you’re a particular sissy, you can leave one side unseasoned.

Step 9: Apply a generous helping of cheese to the upside. Let it melt.

Step 10: Flip it over and put cheese on the other side. The burnt bits of cheese on the now “up” side show you that you’re doing it right. The charcoal and carcinogens add flavor. Let this cheese cook real good.

Step 11: Divide into two even portions, serve hot, but not so hot your kids burn themselves and you spend your Sunday in the ER.

Step 12: Now that your kids are distracted, if you hurry, you might get three good drags on a cigarette before- oh shit, too late. Oh well, strike while the griddle is hot; now you’re making the Manly version.

Step 13: Butter that griddle up again.

Step 14: Throw on potatoes and drown them in Season All

Step 15: Add crushed red pepper, if all you have are the little packets that come with pizza, one packet per side is good.

Step 16: Pour on the black pepper.

Step 17: Open up the green chili and throw it directly on the griddle, not on the potatoes. Notice that it’s fucking gross looking, like snot, and it taste like snot, spicy snot, until it’s cooked.

Step 18: Go ahead and drop on some Jalapenos to taste. (That means a whole lot.) Interesting science fact, both Green Chili and Jalapenos are from the same species of pepper (Capsicum annuum) but they are as different as the Chihuahua and the Great Dane, who are both Canis lupus familiaris.

Step 19: Let that shit cook, both the green chili and the potatoes. When it’s all good and cooked, you can flip to the other side on both.

Step 20: When both-sides are good and cooked, go ahead and mix in the green chili and pile on the cheese, let it melt real good, in fact, let it bubble a little.

Step 21: Now flip it and pile even more cheese onto the other side. Again, the burnt cheese bubbling up tells you that you’re doing it right.

Step 22: *Optional* Wrap that shit up in a tortilla. (Side note: Don’t ever call a tortilla a “burrito shell.” That’s like calling a magazine a clip, and in New Mexico doing either is recognized as justification for homicide.)

Step 24: Be fat and happy, and mildly drunk. 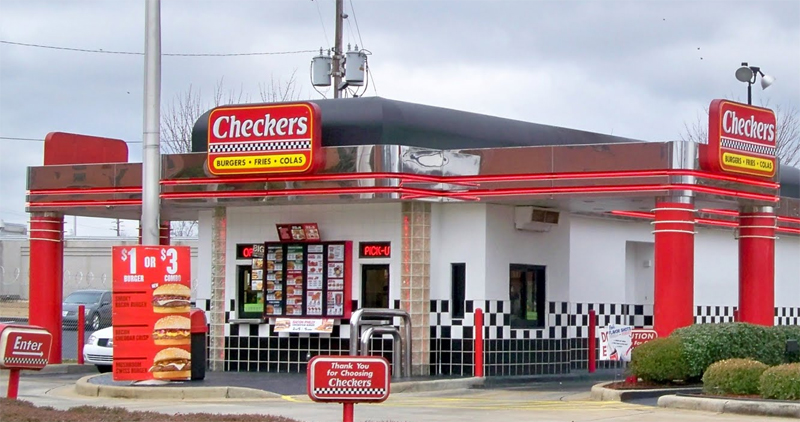 What happens when you fuck up my food 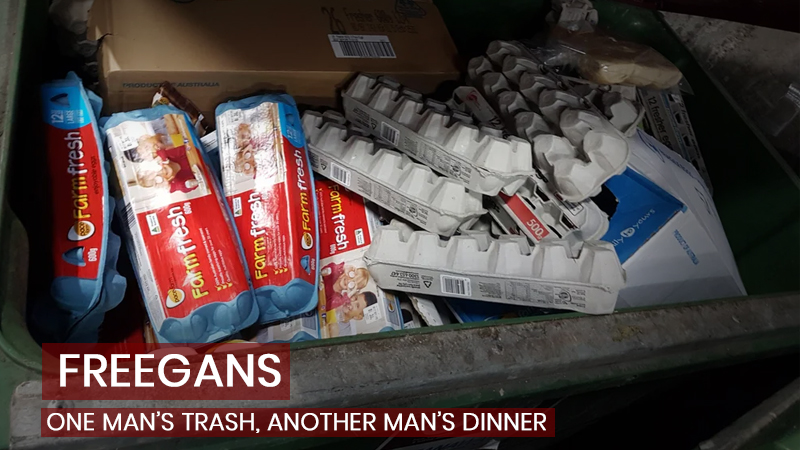 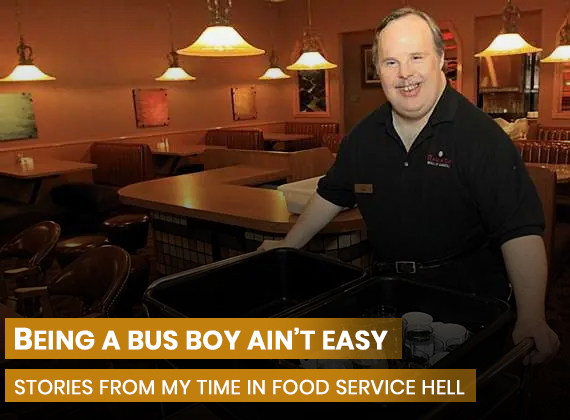