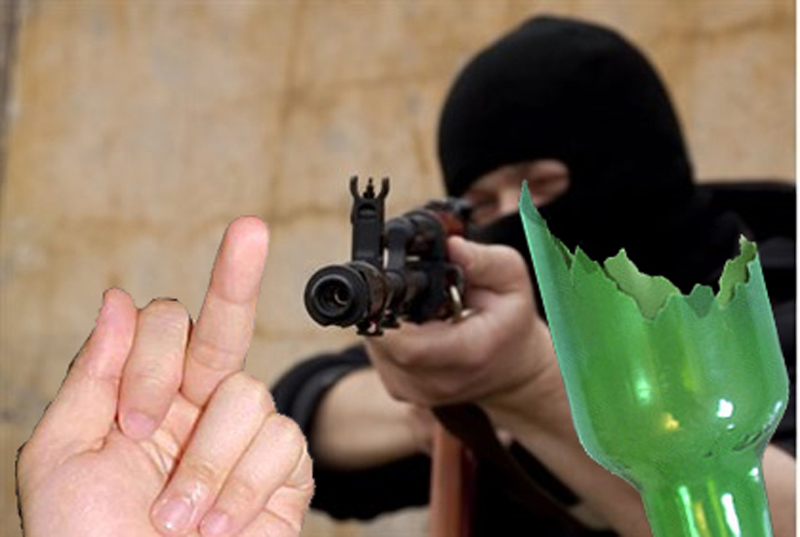 Back in June some jihadi jackass walked into a gay club in Orlando and killed 50 people. Not content with simply fucking goats and making threatening videos from caves, terrorist groups like ISIS (which stands for “I Suck I Swallow”) have now set their eyes on the high score for a mass shooting. Bull fucking shit, mass shootings are a great American pastime, right up there with baseball and beer. There’s no reason why we should let these camel jockies hold the record. I’m not encouraging people to go out and commit mass-shootings (that’s fucking illegal, don’t be a dick), but America needs to take that record back. It was bad enough when Cho “The Blazin’ Azn” Seung-Hui took the record, now we have this faggot holding the record: 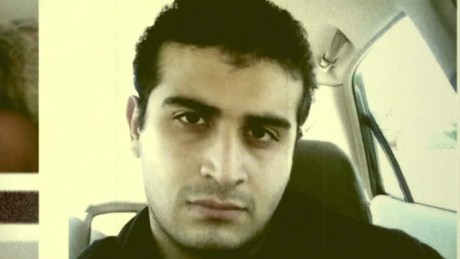 Holy shit, no wonder he shot up a gay club. The bouncer probably told him he was too gay to enter and told him to beat it. Nice eyebrows faggot, what are you gonna do when they finally turn into butterflies and fly off your lopsided face? You look less intimidating than the Paki who played Fire Lord Ozai in the live action version of “Avatar: The Last Airbender”.

In the wake of Peter Pecker Puffer’s attack, I was forced by the powers that be at my workplace to put up this poster for my subordinates: 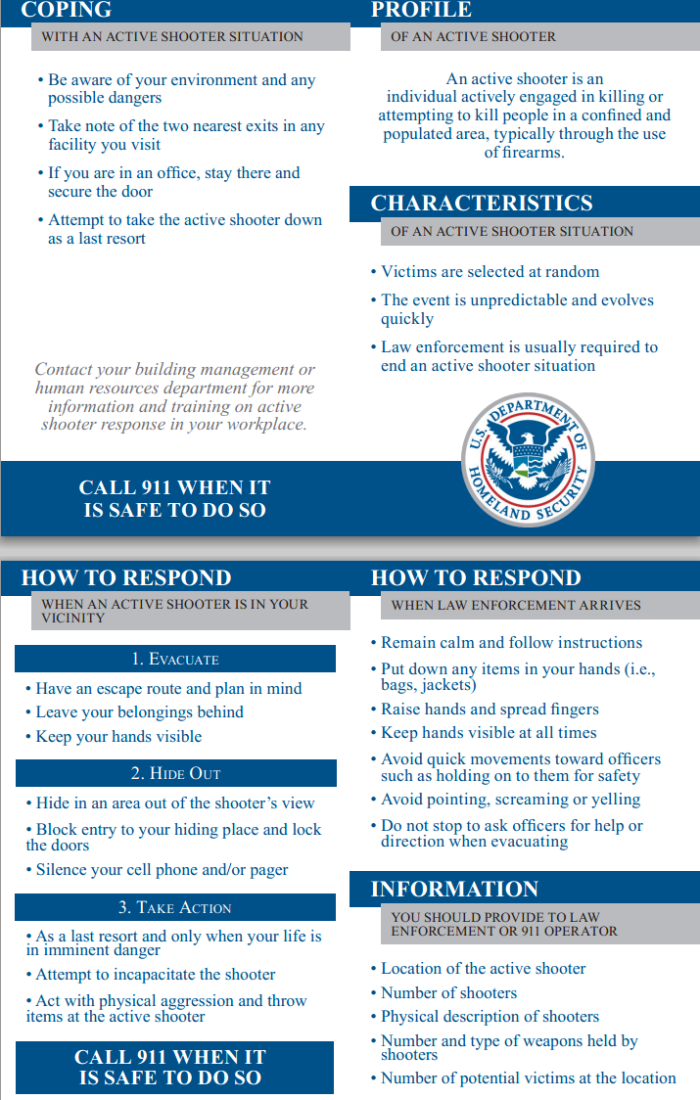 Hide in an area out of the shooter’s view? Take action only as a last resort? Fuck that, we’re creating a nation of pussies here. “Profile of an active shooter”? Jesus Christ, this whole thing needs a re-write, and I’m gonna give it to you. 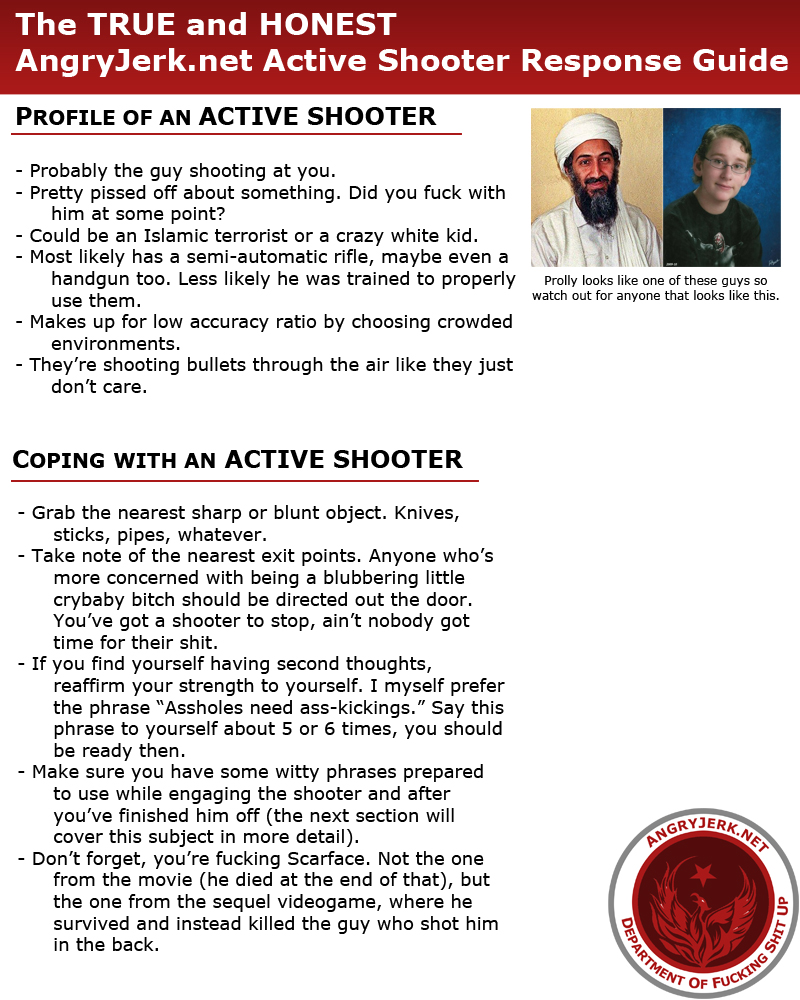 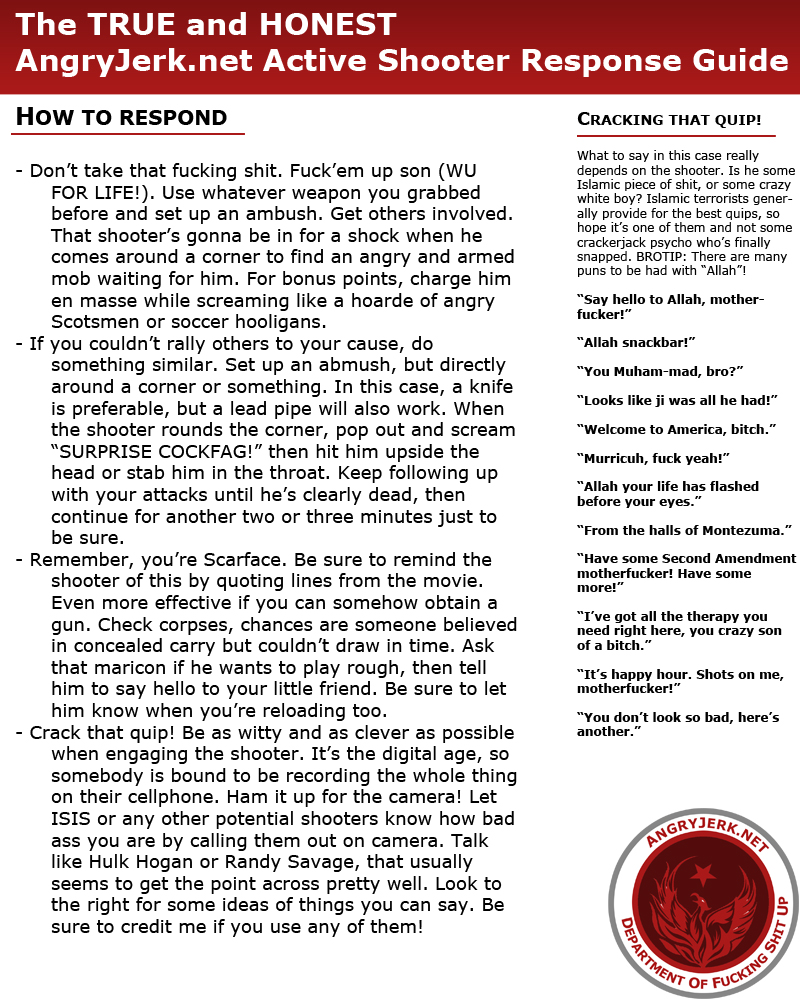 Seriously, what’s with this culture of pussies, where we’re expected to cower and hide when there’s a threat? Gay rights extremist groups like ISIS (which reminds me, if ISIS doesn’t put a hit out on me soon I might be forced to take more drastic measures, like Photoshopping a dick into Al-Baghdadi’s mouth) and scrawny little peckerheads prey on the fact that their prey isn’t going to try to fight back. Imagine how different the scenario at Pulse Night Club would have been if Peter Pecker Puffer had walked out of that bathroom he went into to find a horde of angry gay dudes and butch lesbians waiting for him with liquor bottles and pool sticks. Or that couple in San Bernadino that shot up the office party. There were like 80 fucking employees there, imagine if even a quarter of them grabbed fire extinguishers, chairs, wine bottles, and whatever else was nearby and charged the shooters. Terror groups like ISIS are comprised of mostly pussies looking for a quick easy ticket to Paradise and their 72 virgins or whatever bullshit goat herders believe in. If Americans banded together and fought back during these scenarios, groups like ISIS or pasty little pussy-ass white boys would think twice about trying a mass shooting.

Since you’re apparently a bunch of fucksticks who don’t get it, I’m going to spell this out for you with a fake example.

Ahmed Abu Jamal is sent over to America under the guise of being a Syrian refugee (because that’s how they’re getting into Europe; great job to France for getting cucked about a hundred times already and still not learning their lesson about why accepting these refugees is a terrible idea, do you guys ever stop getting steamrolled by enemies?). He gets ahold of an AK-47 and decides he wants to attack the local grocery store on a busy Sunday afternoon in the name of Allah.

Ahmed comes in the front door guns blazing. He manages to kill and wound a handful of people. Frightened bystanders scramble, tripping over each other. However, the employees have read this article, so they know what’s up and what to do about it. Immediately one of the newer employees starts panicking, crying like a little pussy about the “active shooter”. He is immediately directed to the nearest exit, and told to GTFO. As the shooter continues making his rounds, 10 employees begin grabbing whatever is nearby. Butcher knives, three-day old baguettes, glass jars, canned goods, fire extinguishers, pieces of wooden shipping pallets, carts. They hear the shooter several aisles over. The group makes for two aisles over, and waits directly around the corner for the shooter. Not expecting a thing, Ahmed rounds the corner into the next aisle, and comes face to face with an angry mob armed with an assortment of weapons. Ahmed pauses for just a second, he wasn’t expecting this. That second of hesitation has cost Ahmed his mission, as the mob lets out a loud disorienting scream and charges him en masse. The mob then begins beating him with everything they have. The gun is cast to the side, perhaps picked up by another employee. The mob continues to beat him, until eventually Ahmed is dead. Ahmed arrives at the pearly gates to find that everything he ever believed was wrong. Even God, who is normally down with mass murder and genocide, thinks Ahmed is a huge faggot piece of shit and decides to reincarnate him as a pig. Allah that for nothing.

So if you’re ever in a situation where some camelfucker or sperglord is shooting everyone, don’t run and hide. Fight the fuck back, show these assholes we’re not gonna take their shit anymore. Eventually it’ll become too risky to attempt a mass shooting and these assholes will be forced to actually fight instead of picking soft targets.

Fix your fucking car and turn your shitty music down 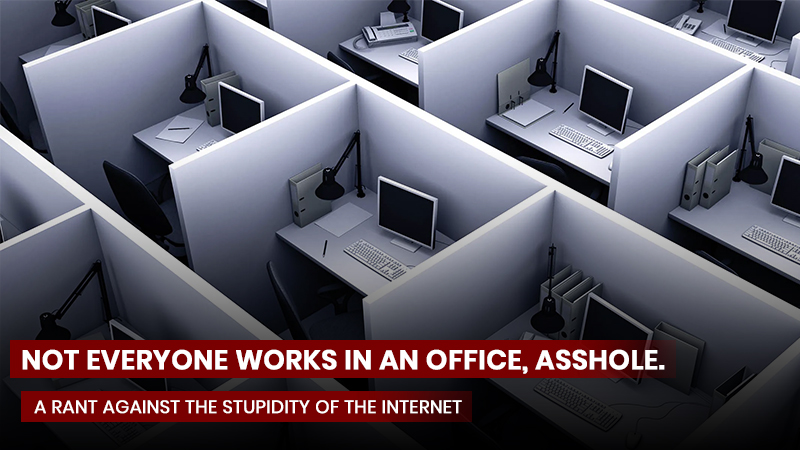 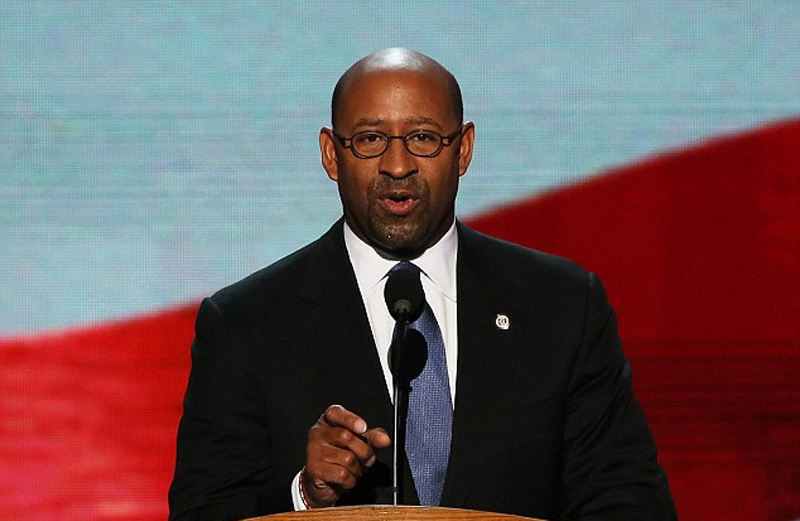