Most of you have probably heard about the recent shitstorm going on about Arizona’s new immigration law. You’re probably assuming that since everybody (i.e. the select group that the mainstream media constantly shows to promote their agenda) is up in arms about this law, it must be something dreadful. And dreadful it is. This evil, audacious, Nazi-esque mandate of HATE calls for Arizona police to be more proactive in pursuing illegal immigrants, and also calls for the deportation of immigrants who can’t prove their residency. HOLY SHIT NAZI GERMANY UP IN THIS BITCH. Next thing you know Arizona will call for the formation of a Waffen-SS brigade who will go around ethnically cleansing Mexicans!

Anyway, this new law has caused an ungodly amount of controversy, with the liberal media at the forefront. Among the highlights of this are:

The biggest criticism of this law is that it encourages racial profiling. Um, yeah? Most of the illegal immigrants in this country aren’t white, not that skin color matters in this case. If you’re here illegally, you’re a criminal. If Canadians were sneaking across the border bringing gang violence to my country and leeching off of my tax dollars, I’d expect them to receive the same treatment as any other illegal alien: immediate deportation.

It takes a special class of idiots to actually question whether or not it’s ethical to deport illegal immigrants. How the fuck is this even an argument? Are you simians fucking kidding me? Only in America can soldiers patrolling the border serve jail time for firing on a drug runner who fired on them first. Only in America are soldiers not allowed to engage the Mexican commandos assisting drug runners sneaking across the border. WHAT THE FUCK DO WE HAVE A BORDER PATROL FOR THEN?! Isn’t a bunch of foreign soldiers crossing into another country with the intention to cause trouble in that country considered an act of war? If I was a soldier, I’d tell my commanding officers to suck a fucking dick and I’d blow every last one of those Mexican commandos to kingdom come with an RPG. Court martial me, I don’t care. If I crossed their border illegally, the Mexican military would have no qualms about firing on me. Maybe I should grab a semi-automatic rifle and sneak across the border into Mexico, then engage Mexican troops. Actually, that really sounds like fun.

I could understand if Arizona was giving orders to round up all Hispanic people and hold them in concentration camps or something, but come on. This is one case where racial profiling is a necessity. Let’s think for a moment. What ethnicity are most people illegally crossing the border from Mexico likely to be? Certainly not Hispanic? Leave the border unsecured, and soon you’ll have Islamic terrorists sneaking over too. Oh wait.

Seeing as Obama and friends are more concerned with creating new Democrats, I have a better proposal. We don’t want the violence from drug cartel-run Mexico spilling across our borders, and the Mexican authorites are too busy snorting yayo to stop them. Let’s form a giant army of American civilians armed with rifles and go clean up Mexico ourselves. Let’s purge every last one of those Los Zetas and La Raza fucks from the face of the Earth. Then let’s march right into Mexico City and burn it to the fucking ground, because as far as I’m concerned the Mexican government has already declared war on us by allowing their drug cartels to pollute my country. Few things could fill my heart with more pride than seeing Old Glory raised over the ruins of Tenochtitlan: 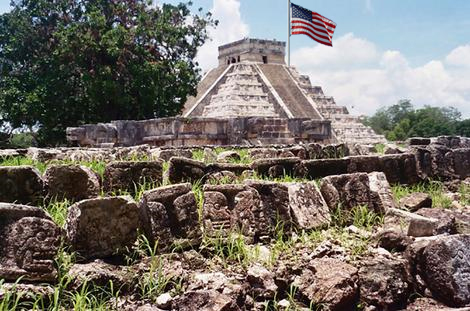 In fact, there’s only two other places that I’d be more proud to see the American flag flying in triumphant conquest over: 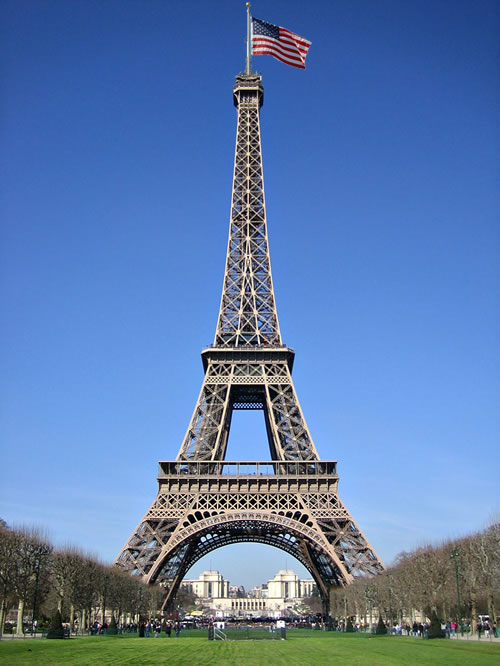 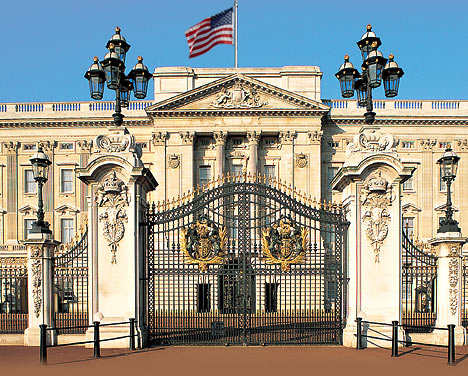 I could never hope to top Iwo Jima, and I’d rather see the United Nations reduced to rubble instead.

Don’t you nitwits see what’s going on here? Mexico is attempting to reconquer the territory they lost to us during the Mexican-American War. They even have a cute little term for it, “reconquista“. The sad part about this? Many Americans seem to think that this shit is justified because we “stole” it from them. Great logic. So you won’t mind then if I bulldoze your house so nature can reclaim it, right? After all, the plants and trees were there first, until humans came along and uprooted them to build on the land. Anyone who believes that a foreign invasion of their own country is justified is a fucking asshole and should be taken behind the chemical sheds and shot. Seriously, how much more of a bleeding heart can you be to condone the conquest of your own country by another?

Arizona, you have earned my respect. Your next piece of legislation should authorize the use of deadly force on people sneaking across the border.

7/30/20 – New content is coming, I promise. The podcast is still simmering on the backburner in favor of a YouTube video I’m working on.

Also, this heat we’ve been having is sucking the life out of me.