I’ve hired on legal counsel for the site.

Given the inflammatory nature of my website’s content and the site’s recent expedition into the top million websites on the internet, there will eventually come a dark terrible time where I may have to fend off a frivolous lawsuit by some free speech-stifling pussy who wants to ruin everyone’s fun. It is for this purpose that I have retained legal services. I proudly present to you the AngryJerk.net legal team: 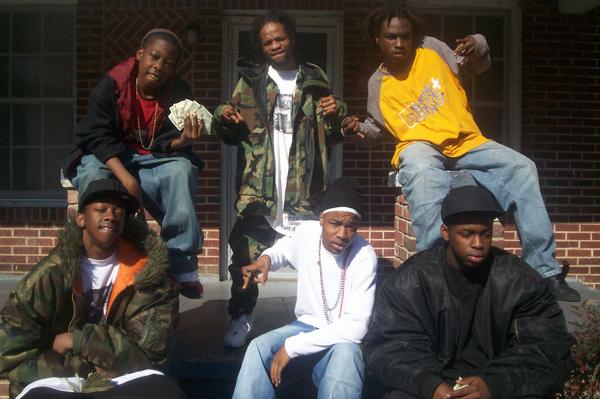 I have retained the services of WRSN Law Firm. Located on the 900 block of South First Street in Charlottesville, Virginia, these guys are certified to practice the law, quote, “WHEREVA THA FUCK WE WANT”. In non-legal mumbo jumbo, they are certified throughout the entire United States of America.

They have loads of experience with the judicial system. In fact, I’m told that the cases they work usually get settled outside of court in their client’s favor. The owner of this firm, Tyrone Benchley, has such a high success rate with making monetary settlements that his friends have dubbed him with the nickname “T-Money”. Since their concentrated awesomeness might be intimidating to some, let me introduce each one of them to you individually: 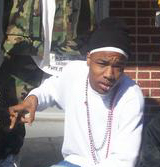 Tyrone Benchley giving a victory sign after a successful outside settlement.

Mr. Benchley has been providing the citizens of his community with legal protection since he was 15 years old. Benchley named his firm “We Run Shit Now”, a name which later proved to be most fitting after his major competitors went out of business virtually overnight.

While he is no stranger to the courtroom, Benchley proudly boasts a high success rate in settling cases outside of court, largely in his clients’ favor. Among the array of people Mr. Benchley has represented his clients against are vandals, extortionists, drug dealers, robbers, and even police. Says Mr. Benchley of his high success rate, “IM SO FUCKIN CA$H”. 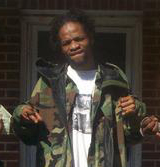 Sharif Wheatley’s prior experience in the military gave him the resolve he needs to be successful in his profession.

Sharif Wheatley and Mr. Benchley have been close associates since Wheatley’s immigration to America from the isle of Jamaica. It was an incident with the police involving drug possession (the charges of which Mr. Benchley was able to have dropped through outside negotiations) that inspired Mr. Wheatley to enter the legal profession. Mr. Wheatley’s opinion of himself? “IMMA GO GETTA.” Adds Mr. Wheatley, “FUCK LIL WAYNE NIGGAZ WACK”. 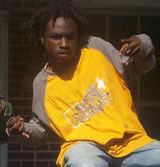 Omar Wheatley celebrating one of his many victories against corrupt cops.

Omar Wheatley has been in the legal field longer than his younger brother Sharif. He prefers to be a defense attorney, citing his successful record of zero convictions through his nickname “BIG O”.

When Omar is not handling important legal matters, he can be found in the local dance clubs celebrating his victories. 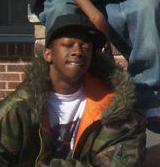 James Porterfield breathing a sign of relief after handling a tedious and difficult legal battle with a gang member.

James Porterfield’s record of settling disputes outside of court is second only to that of his mentor, Mr. Benchley. Mr. Porterfield believes that legal matters should be resolved with maximum haste, hence his moniker “J-Bullitz”. When I asked him what his secret was to making such great deals outside of the courtroom, his response was “I GET AHEAD BY DEALIN IN LEAD”. 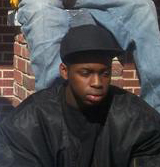 Nathaniel Johnson resting after successfully dealing with a person who threatened his client over AOL Instant Messenger.

Nathaniel Johnson’s expertise is in the shady areas of internet law. Mr. Johnson knows the difficulties of applying the law to the internet, as his alias “Dyce” reflects. “U WIN SUM U LOSE SUM” says Mr. Johnson on internet law. “ITZ LIKE ROLLIN A DYCE”. While Mr. Johnson is an ardent supporter of the right to free speech, he does not feel that this entitles one to make threats over the internet. Says Mr. Johnson of online freedom of speech, “JUST CUZ U SAY U HARD DONT MEAN U HARD NIGGA U GOTTA BACK YA SHIT UP NO WUT I MEAN”. In other words, if you are going to attack someone, you should be prepared to defend yourself when they fight back. 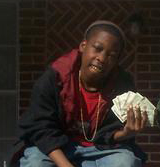 Michael Jones proudly showing off his client’s winnings against a drug dealer.

Michael Jones may be new to the legal profession, but he’s certainly not to be taken lightly. After his first victory against a drug dealer in a feared street gang, young Michael has earned a reputation for his ferocity in pursuing justice against drug dealers. “THEY CALL ME D-TOX CUZ I BE PUTTIN DEM SHYSTY NIGGAZ OUTTA BUSINESS” boasts Jones of his record against drug dealers.

As you can see, my legal team has a reputation for excellence which makes their opponents fear them. Should you send me a legal notice, it will be promptly forwarded to WRSN Law Firm, who will contact you to resolve the matter. Don’t expect to win.