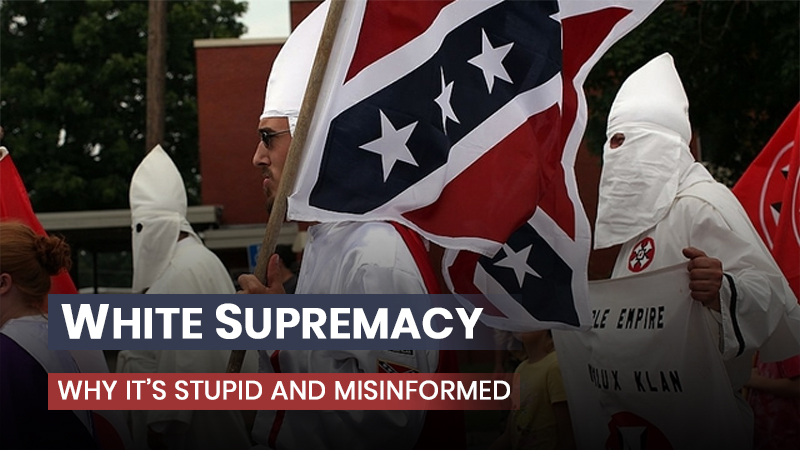 Hey asshole, being white doesn’t make you any less of a cunt.

There was a time when I almost quit this website.

Yes, there was a time when I packed my shit up, pulled down the articles, and decided to call it a day. In fact, there were two times where I stopped writing for almost a year, sure as shit that this was the end of AngryJerk.net. A quick glance at the main page reminds me that these times were in May of 2012 and July of 2013.

The third largest factor is the most important, for the purpose of this article. The third largest factor was that my site was becoming popular amongst white supremacists. At least twice a month I would get fan mail from assholes congratulating me on one of the many articles where I lambasted some bullshit hate crimes law and used racial slurs multiple times, telling me how I was “supporting the fight” or whatever. I’ve since deleted pretty much all said fan mail, but most of it was rife with quotes from dipshits like David Duke, or links to sites like StormFront (a site that’s kind of like if David Icke got Alex Jones pregnant with a butt baby and then tried to do a third-trimester clothes hanger abortion only to fuck it up and somehow induce premature labor). I even got a fan mail about a made-up Bible verse:

“I read your article on the anti-defamamtionleague and enjoyed it. I saw that verse matthew 10-44-48 which of course was changed to love thy enemies verse in todays bible. Could you provide a link where you got your version of that verse?“

The “verse”, which I literally pulled out of my ass in the spur of the moment, was (falsely you fucking retards) attributed to Jesus, and went:

“The House of David hath held me in contempt of their maleficent conspiracy, and hath crucified me. And I say, thou must avenge me and spill the blood of a hundred-thousand Sons of David. Slay ye every one of them, man woman and child. And worry not, for my Father shall sift amongst them and receive his own.“

There was actually somebody out there dumb enough to think that Jesus said what amounts to “Kill the Jews”. Even worse, that somebody was a fan of this website. This asshole (and I’m sure many others) had completely missed the point of the article. The original point that I was trying to make about foreign interests attempting to stifle free speech by bribing elected officials had been lost in favor of some fucktarded notion that I was promoting ethnic cleansing as per Jesus Christ himself. I was honestly a little offended, and that’s coming from the guy who at one point uploaded a video to YouTube of people jumping from the burning World Trade Center to the tune of “It’s Raining Men”. I was apparently writing for an audience of racist retards, including people who were too stupid to fact check what some guy with a shitty half-assed website full of borderline-delirious rantings and ravings claimed was in the Bible. Had “Michael Coon” (the sender of the fan mail) actually bothered to check, he would have found that there is no Matthew 10:43-48. Matthew 10 ends at Verse 42, which is why I chose Verses 43 through 48 to associate with my made-up quote.

But why was my site becoming a bastion for white supremacy? As it turns out, most people are incapable of combining all the words in a writing (in this case, my articles) to form an ultimate conclusion of the point the writer is trying to make (usually that anti-discrimination laws are bullshit and really only serve to further oppress, or that the UN is trying to turn the whole world into a third world shithole). Instead, these people cherry-pick words that stick out to them. In this case, white supremacists had cherry-picked all the racial slurs I used while skipping over most of my valid points to paint some convoluted picture that I was supporting their bullshit mindset. Good job cherry-picking facts, morons. You’ve copied the tactics of groups like the ADL and the Southern Poverty Law Center to a T.

Actually, there really isn’t much to talk about. The idea that one group of shitheads is any better than another group of shitheads because of skin color or ethnicity is really fucking stupid. Nothing more needs to be said on that matter.

One of my favorite gripes that I hear from white supremacists is that “White pride isn’t allowed, but black pride and Puerto Rican pride is!”. 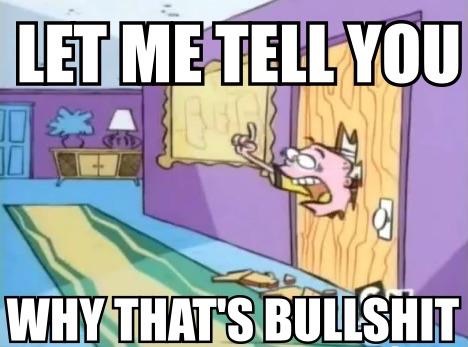 On the contrary, white pride is allowed. We have plenty of festivals/parades for the following ethnicities:

These are all white ethnicities, and therefor are celebrating white pride. Nobody is trying to shut down the annual German Pride Parade or the Irish Folk Festival, because these are people actually celebrating their heritage. When you have something you’ve chosen to call simply a “White Pride Parade” or “White Pride Rally” or anything beginning with simply “White Pride”, there’s a 10 in 10 chance that it’s going to simply be a bunch of inked-up shaved-head assholes marching down the street with swastikas (BTW, swastikas are NOT actually part of your 1/10th German heritage; It’s Asiatic, and associated with good luck, Hitler was an occultist and believed that using it would bring him luck) joined by pussies wearing white sheets over their heads (keep on hiding your faces bitchniggas). If you go to a German or Irish festival, there’s a good chance you’re going to get drunk and have a great time with great music and great food. If you go to a “White Pride” festival or rally, there’s a good chance your day is going to end with you getting into a fight with counter-protestors and getting arrested by the police. The actual intent of “White Pride” rallies seems to be nothing more than to piss everyone else off, which would be an admirable cause in itself if it weren’t also associated with this bullshit. So yes, there is white pride. As it turns out, “white pride” doesn’t necessarily involve pissing off everyone else by being an obnoxious bigotted jerk-off.

Another favorite gripe by white supremacists is about interracial relationships, and how they’re destroying the white race. I’m no geneticist, but I’m about 90% certain that interbreeding between blacks and whites will eventually result in the disappearance of the black race, not the white race. A black/white couple has a kid, the kid’s skin is lighter. As more mixed-race people are born, they’re going to interbreed too. Over the generations, the skin will get lighter and lighter, until eventually everyone is white. It might take centuries if not millenia, but it will happen. If white supremacists were actually as smart as they claim to be they’d have figured this out and would be supporting race-mixing. Instead they’re busy being dumbfucks and parroting shit about being “genetically superior”. If your superiority is on a genetic level, wouldn’t you want to try to pass those genetics off onto the “inferior” race to force an improvement in their genetics? Come on guys, I know none of you are scientists, but even a community college dropout figured this shit out. Some white supremacists have acknowledged and refuted this idea by saying that “white genetics” become tainted by the black genetics. So are you genetically superiour or not asshole? If white genetics were truly superior to black genetics, then wouldn’t white genetics overtake the “inferior” black genetics and force said improvement? No, because you’re fucking stupid and genetics don’t actually work that way retard.

Why is it that the greatest champions of the white race always turn out to be the worst examples of it? You guys are fucking stupid, stop supporting my website assholes. You don’t speak for me, and I don’t speak for you. AngryJerk.net has never been, nor ever will be, down with white supremacy. I just want an end to the bullshit from all sides. 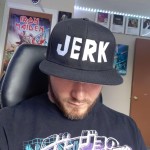 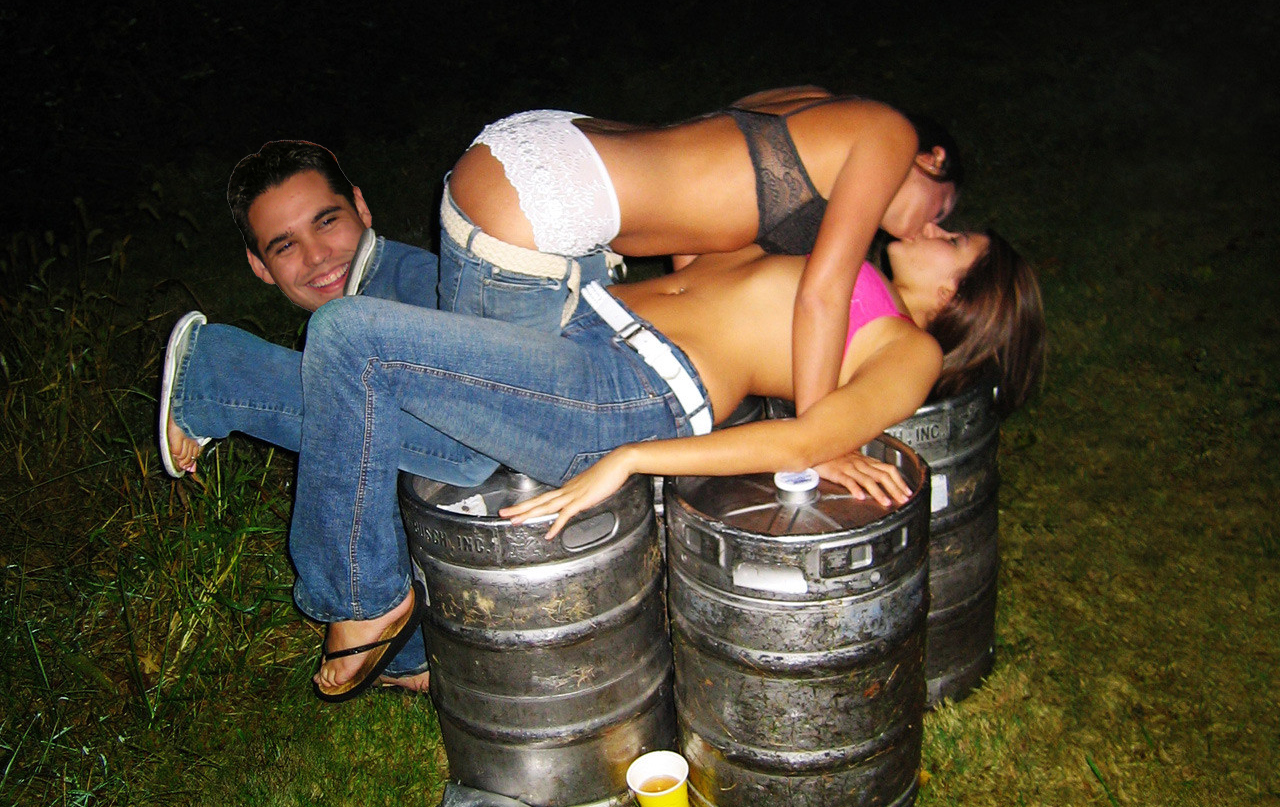 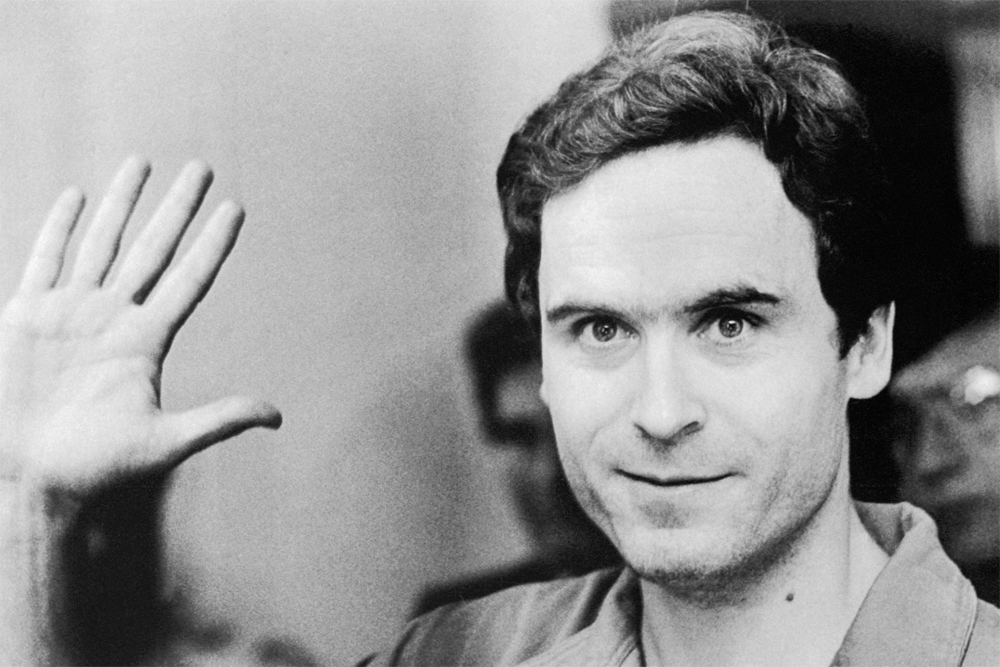