I finally got around to watching the second season of Stranger Things.

After finishing the first season of Stranger Things (which you can read about here), I continued with Season 2.

1. The writers hate Dustin just as much as we do.

By all appearances, it seems the writers hate this little bastard as much as me.

Not only did they turn the dial up on his obnoxious behavior past 10, but they made him a Grade-A Certified TRUE and HONEST Military-Grade Fuck-Up™. After everything that went wrong the previous season, why on fucking Earth would Dustin think it was a good idea to keep around a creature from the Upside Down?

Sure, you can argue that by feeding Dart candy he effectively made the group’s later escape from the tunnels possible. However, you can go fuck yourself with a cactus. Had Dustin killed Dart the moment he realized that Dart was from the Upside Down, that would most likely mean clear passage out of the tunnels. It’s not like another demodog was going to step up and replace Dart.

Dustin is an obnoxious idiot with an equally obnoxious actor playing him.

2. Who will Nancy choose?

In a genuinely surprising twist, the season ended with Not-Bella not choosing Not-Edward or Not-Jacob, but instead choosing Dustin: 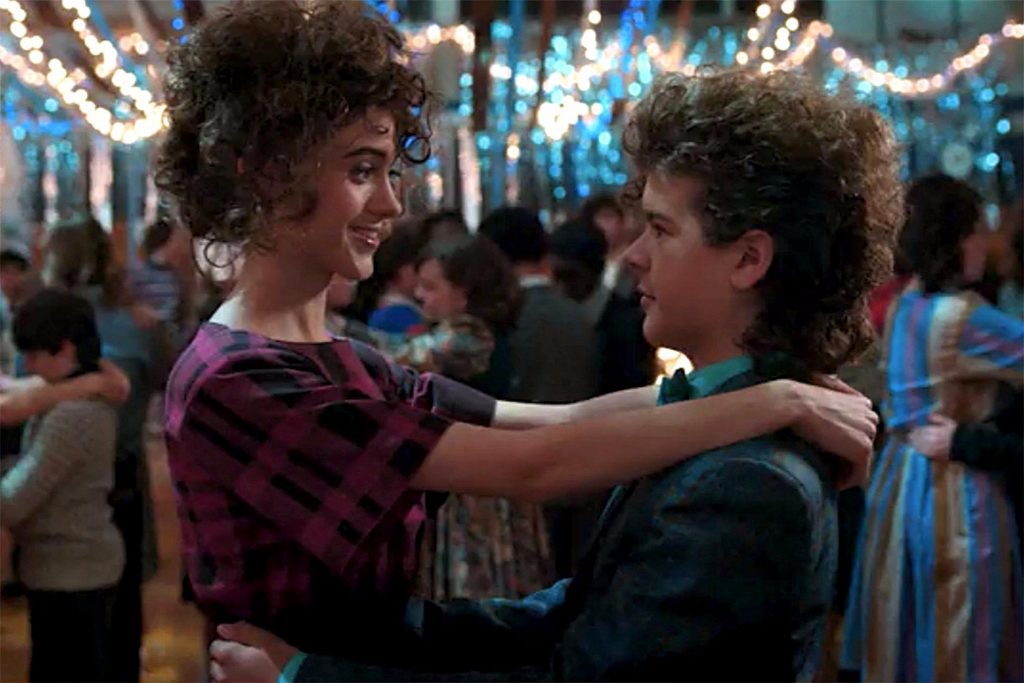 What better way to say “Fuck you” to the two pretty-boys lusting after you than to choose some ugly annoying little doucheweasel with a haircut that looks like Michael Jackson said “Fuck it”. I wish Dustin’s hair caught fire instead of Mikey’s. I miss Michael Jackson, he was way more talented than most of the worthless hacks today, like Meek Mills. Especially Meek Mills. Fuck Meek Mills, Meek Mills is fucking wack. Fuck Dustin too, he should do a collab album with Meek Mills where they both do a tribute to Kurt Cobain and kill themselves with a shotgun. Except their tribute brings Kurt back, and Michael Jackson too. Meek and Dustin stay dead though.

I got a little sidetracked there. Nancy dancing with Dustin and telling him that he’s her favorite out of Mike’s friends came from nowhere.

Finally, us Barbaholics got the justice we so righteously craved.

Barb’s death was fucked (much like her scalloped potatoes). She died way too young and way too soon. Instead of dying from an Earth-shattering orgasm given to her by me eating her snatch while she sits on my face, Barb was unceremoniously dragged into a pool-portal by a demogorgon two episodes into the first season. This was bullshit, and had I been there I would have two-pieced that fucking demo-douche just like my hero Iron Mike Tyson.

Since I wasn’t there, Barb was killed, and the CIA/military/Department of Energy/Illuminati/whoever actually owns that fucking research facility was able to get away with concocting some bullshit story about Barb running away. As if! If Barb were to ever run away it would have been to come to Philly so I could bury her face in a pillow and plow her fat ass from behind. Seeing as the first season takes place in 1983, I wouldn’t even have been born for another 4 years, so there’s no reason for Barb to run off to Philly.

Hopper was too busy trying to wet his dick in Winona Ryder (not my first choice, but definitely understandable) and raise Eleven, so he couldn’t really do much about this one. Thankfully, Not-Bella and Not-Jacob stepped up in a stunning redemption arc and got the justice that our plump-posteriored goddess deserved. Teaming up with a guy who would be perfect as a character in a Grand Theft Auto game, Not-Bella and Not-Jacob brought the house down on Hawkins Research Facility, getting them shut the fuck down. It is with this in mind that I hereby stop referring to them as Twilight-knockoff characters, and begin referring to them by their actual names, which they worked valiantly to earn.

Thank you Nancy and Jon for doing your part for AJnet.

My girlfriend suggested making a drinking game where every time someone is looking for Will you take a shot. I asked her if she wanted alcohol poisoning, because that’s how you get alcohol poisoning.

We did however come up with a fun game that involves looking for Will in random places. It’s very easy to play, all you have to do is walk around yelling “WILL!” until you get bored, which is usually about 5 minutes in or whenever you find beer, whichever comes first. Very fun to play in places like libraries or on public transit.

Billy is the fucking man without a plan who does shit just because he fucking can.

Within a minute of whipping into the parking lot in his ’79 Camaro, Billy is making all the fine bitches of Hawkins High wet. The show doesn’t really go into his backstory, but I’m pretty sure his real father was Ronnie James Dio. His real mother was obviously a groupie who Dio banged and knocked up, which explains why Billy’s “father” hates him and does nothing but beat him in anger. Billy’s “father” was angry that he got cucked hard af by one of the kings of heavy metal.

Seriously, this guy is like the Gaston of Stranger Things. I demand a Gaston movie with Billy as Gaston.

Our boy Billy wastes no time putting Not-Edward (Steve Harrington you fucking dumb dicksaw) in his place, owning his pansy Twi-tard ass in basketball, drinking, and getting pussy. In fact, Not-Edward spends most of the season getting his ass beat by Billy, resulting in him becoming such a loser that he had to resort to hanging out with Dustin. That’s right, Billy owned Not-Edward so hard that he was reduced to hanging out with children like some creepy loser. Meanwhile Jon is buried balls-deep in Not-Edward’s ex.

Lucky for the Mind Flayer and his demodork minions Billy didn’t give two shits about all the weird shit that was going on, because if Billy had stopped rocking out and getting his dick wet for even a minute he would have realized shit was going down and teamed up with Hopper to layeth the smackdown on the Mind Flayer’s roody-poo candy ass. A Billy/Hopper alliance would have been unstoppable. Together they would have stormed the Upside-Down, punched the shit out of the Mind Flayer, then came back and spit-roasted Winona Ryder. After that they’d have formed the greatest metal band the world had ever seen.

lmao what a fruitcake.

7. How the fuck did Bob get with Joyce?

Bob’s only real purpose was being autistic enough to understand Possessed-Will’s shitty scribble map (apparently the Mind Flayer, in all its other-worldly intelligence, can just barely draw better than an infant), and knowing how AV cables work. Other than that, he did nothing but be a fat creepy rapist-looking motherfucker:

I was expecting to find out that Bob was actually a serial rapist or some kind of cult leader involved with worshiping the Mind Flayer. This might have actually been better than what we got, which was a fat happy-go-lucky autistic fuck banging a woman way out of his league. I was relieved when he became enough food to feed 5 demodogs.

Season 2 of Stranger Things was pretty good, and did a nice job of expanding on the characters and the world around them. We saw some nice character development for everyone. I also hope we get to see more of Kali and her band of misfits, it was cool knowing that Eleven wasn’t the only one with powers. Hopefully we get to meet some more powered people in future seasons.

I actually began writing this article back in the beginning of August. I’ve since finished the entire series, so keep your eyes peeled for my review of Season 3!

What did you think about season 2? What are your hopes for the future of Stranger Things? Don’t be a stranger, let me know in the comments! 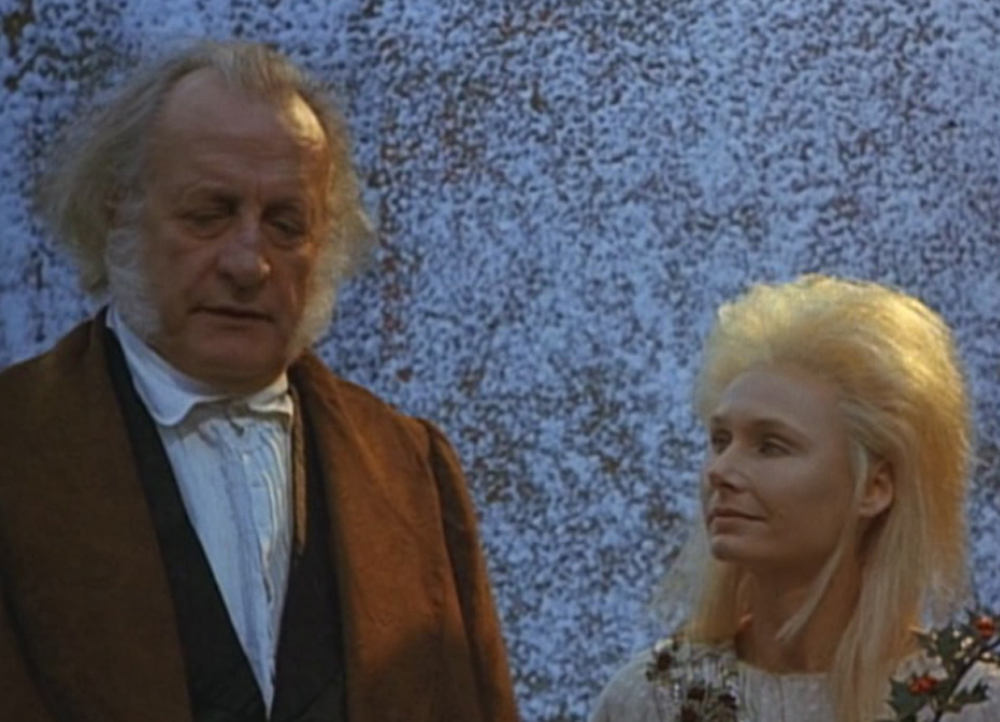