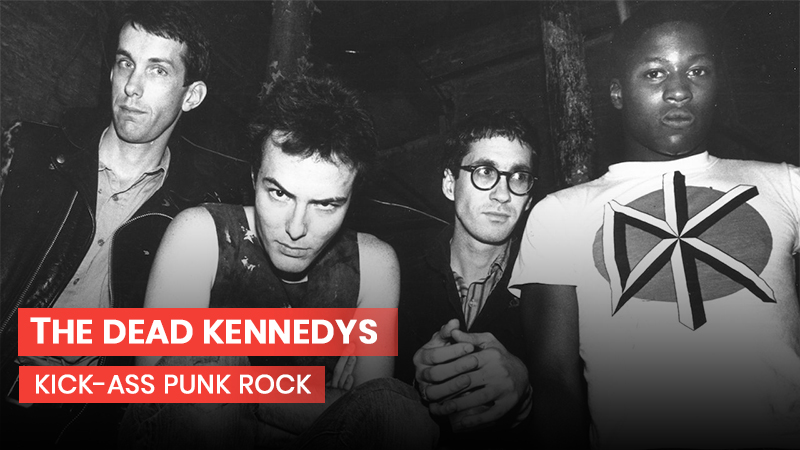 The Dead Kennedys are the greatest punk rock band ever, and if you disagree you’re a fucking piece of shit.

The Dead Kennedys is a punk rock band from the 80’s. Back when punk rock wasn’t some faggy looking guy wearing make-up: 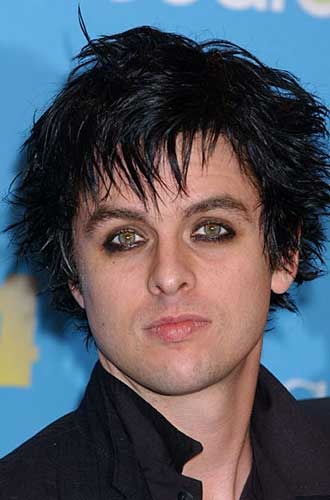 Green Day was alright back in the day, but now they cater to little 14 year old angst-filled teens who think bands like Simple Plan and Good Charlotte are hardcore punk.

Green Day also ripped off the Dead Kennedys’ album cover for Bedtime for Democracy with their appropriately-titled 1994 album Dookie. Here’s an unbiased side-by-side so you can compare: 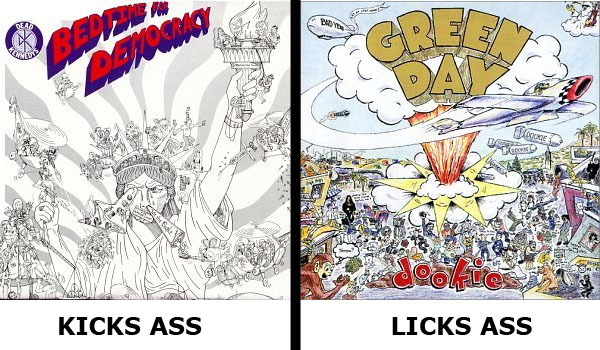 I heard that when he found out, Jello Biafra (singer for the Dead Kennedys, idiot) got so pissed off that he went to a music store full of angst-filled teens waiting in line for the CD’s release and purchased every copy the store had in stock, plus every copy for a year in advance just to piss off Green Day’s fans. Jello then took them and personally delivered them to Billie Joe Armstrong’s doorstep, where he lit them on fire right in front of him. As Billie Joe looked on in shock, Jello took a shit on Billie Joe’s shoe, laughed, flipped him the bird, and walked away like nothing happened.

People today confuse this whiny emo shit with punk rock, and this is why most people dislike punk. Bands like Fall-Out Boy, My Chemical Romance, Simple Plan, Good Charlotte (what the fuck kind of name is that for a band anyway?), and Green Day have pissed on the work of real punk bands. While the Dead Kennedys were out on the streets getting arrested for having awesome fucking shows that were borderline riots, Green Day was hard at work sucking cocks at 924 Gilman Street. Interestingly enough, Jello would later end up getting jumped at this venue by some faggot calling himself “Cretin”.

The Dead Kennedys are so awesome that you will literally shit your pants when you hear them for the first time.

When I was but a mere 15 year old kid, my friend told me how much the Dead Kennedys kicked ass. I didn’t believe him. He bet me $20 bucks that I would shit myself after hearing them for the first time. Needless to say, I lost $20 bucks and my favorite pair of pants.

My uncle went to one of their shows back in 1985 (I think it was 1985) and he said it rocked balls. Now he’s an architect or some shit. Listening to the Dead Kennedys makes you succeed at life.

Listen to “California Über Alles“, “Police Truck”, and “Kill the Poor” for DK at their best.