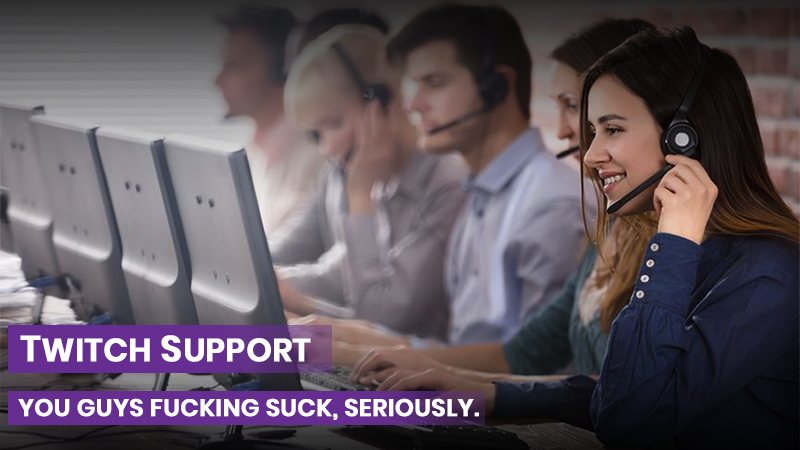 I had to contact Twitch for customer support. My experience was terrible.

As you’re probably already well aware, I made my return to the world of Twitch last month.

If you weren’t aware, just look to the right of this post. Friday nights at 7 PM EST, people. You get to watch me play vidya games with cool people like my landlord Marc or my boy Nidos.

After my second stream, I decided I wanted to make some clips of particularly entertaining moments. I was greeted by this error page: 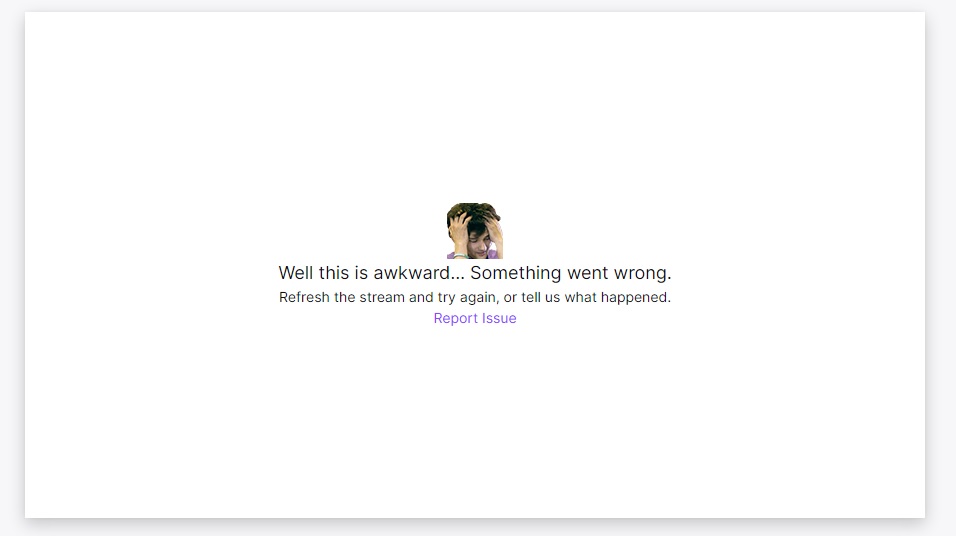 Because nothing shows that you take an error on your end seriously like a meme.

After double-checking my settings and asking others to attempt to make clips on my behest, I came to the realization that there was some kind of problem on Twitch’s end. So I clicked the “Report Issue” button and reported my issue to the Twitch Support Team, who would surely prioritize my problem and fix the technical error on their end toot sweet.

The next day, I received a very personalized reply:

The VOD was not set to Subscriber-Only, I removed this setting after my first stream. I also double-checked that this wasn’t the case before sending my email. I explained this to the nice and caring Twitch employee in my reply.

Two days later, and I received another reply:

Did these clowns even bother to read the original email I sent? I didn’t screenshot it unfortunately, since I didn’t expect this to turn into enough bullshit to warrant an entire article. In the original email, I made a point to mention that I had already performed all the basic trouble-shooting steps. I reiterated this in my reply to the genius handling my “case”, who was obviously just some clueless intern copy-and-pasting form replies.

Nigga are you for fucking real?!

Resisting the urge to reply with “Go fuck yourself, retard”, I simply replied “No, I do not.”

For shits and giggles, I then decided to try yet again to make a clip.

Whatever problem had been plaguing me had somehow sorted itself out. I suspect what actually happened was Twitch staff did in fact discover a bug on their end, and rather than simply own up to it tried to make it out to be a mistake on my part. Not sure why they’d do that, but whatever. I can’t prove it though, and to be honest I don’t care enough to try to.

A week later, I received this email from Twitch:

It took everything I had not to lay into them at this point. I let it go and didn’t bother to reply.

As annoyed as I was, I was willing to just move on with my life. That is, until I received this email five days later:

Are. You. Fucking. SERIOUS.

I received this email while at work. My rage gradually built throughout the course of the day, culminating in me getting home from work and giving them Hell in the survey: 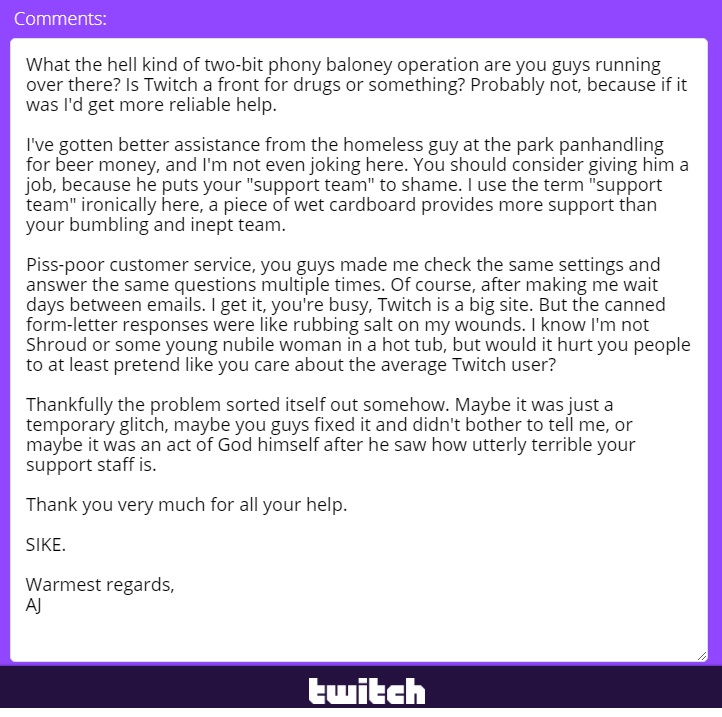 After submitting this, then answering some questions of the “Rate this from 1 to 5” variety, I was greeted with yet another text box to share my disgust: 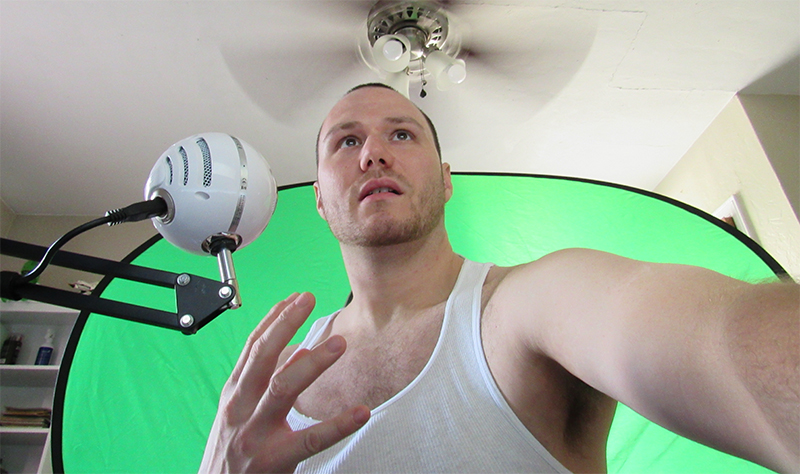 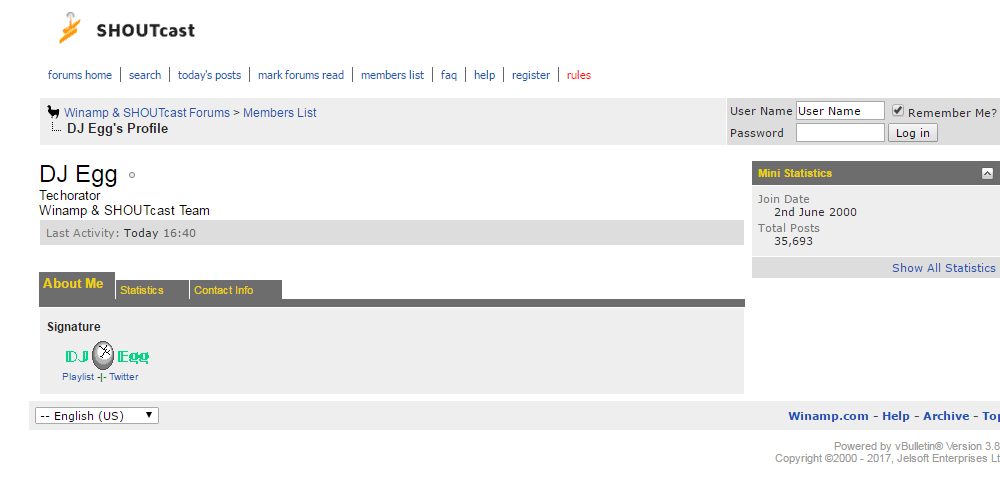 DJ Egg on the Winamp support forums is an asshole