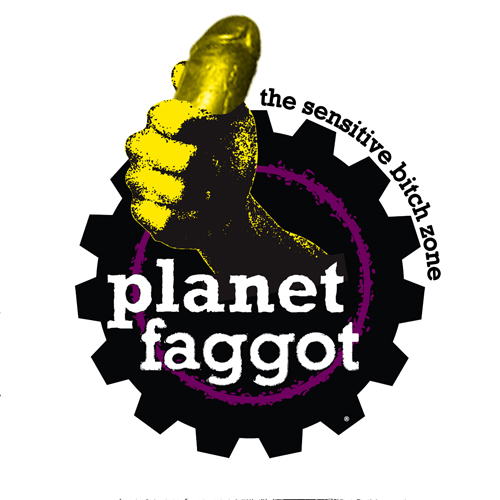 During our travels, me and some friends were placed in the vicinity of a Planet Fitness gym. I’ve been tossing around the idea of joining a gym, and multiple people I know constantly talk about how cheap and great and über wonderful Planet Fitness is. I mentioned the idea to my friends. My one buddy Slim told me about how Planet Fitness has an alarm that goes off if you grunt, drop weights, or “judge” someone. I thought he was full of shit, then I read this.

Holy fuck, and people actually pay money to work out there?

They have this whole “We don’t want anyone to be intimidated” mindset. What? Really? What kind of pussy is intimidated by grunting or the clanging of weights? If you’re intimidated by the sound of others working out, why the fuck are you even in a gym? I can understand them not wanting people to toss weights around carelessly, but holy-shit-are-you-fucking-serious.

When lifting a heavy object, most humans grunt. Some people (like me) like to say obscenities or racial slurs when lifting heavy objects. This is a way of breathing and blowing off steam, and completely natural. Grunting is one of the many parts of being a human. Unless of course you’re Planet Fitness. Maybe that’s why they call themselves Planet Fitness, because they’re trying to cater to aliens. Hell, maybe the chain is run by aliens. Someone call David Icke and have him do an exposé on how the CEO is a shape-shifting reptilian from Alpha Draconis.

Aside from having obscenely retarded rules, “Every first Monday of the month, Planet Fitness holds a Pizza Night at all of its franchises. They also hold a bagel morning on the second Tuesday of the month, and Tootsie Rolls are available at all times.”

Pizza night. At a gym. One of the most calorie-packed, greasy, and generally unhealthy foods. Being served. AT A FUCKING GYM. I’m starting to wonder if this isn’t so much a gym as it is a joke. And bagels? Anybody who’s bothered to do just a moment of research knows that bagels are packed with calories, and as many carbs as 4 slices of bread. And that’s before you add cream cheese, butter, or whatever you put on it. Tootsie Rolls available at all times? Is this an elementary school gym, where all the little boys and girls are rewarded with candy for completing a bunch of half-assed calisthenics?

I also find it hilarious that they call themselves a “Judgement-free zone”. Because calling people who do serious lifting “lunks” and making rules that dissuade them from working out at your establishment isn’t judgemental at all. Neither is assuming that all the pretty petite young college girls that frequent the place are intimidated by someone more fit than them. Way to be sexist, assholes.

Planet Fitness can take its pantywaist bullshit that it falsely calls a gym and suck on it. I’d rather work out in a less oppressive environment, like a North Korean labor camp.