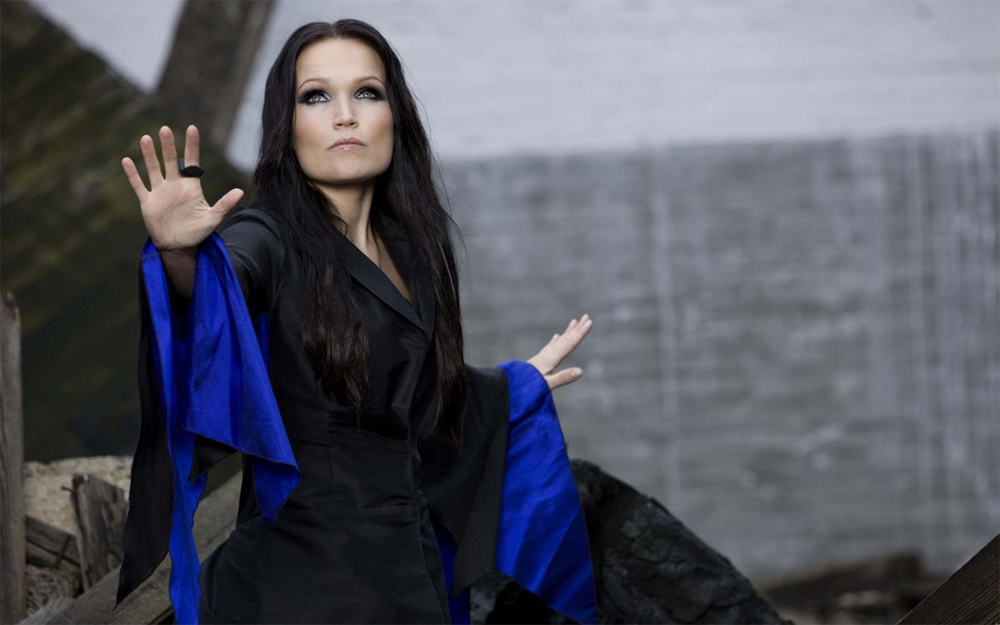 Until I finally invent time travel, the Grace Slick of the 1960’s cannot be the queen of this site. It’s time to come to terms with this horrifically sad reality.

So who is fit to be the queen of AngryJerk.net? Well, I looked at several other females.

First was famous 80’s musician Pat Benatar. While this dame was pretty cute back in her day and can rock the shit out of a mic, she’s busted now: 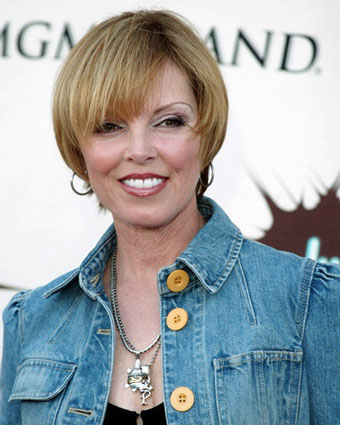 Christians: Your God is not benevolent, and this is proof. How could a kind and loving god allow such damage to be done to someone so awesome?

Time has been less-than-favourable to Miss Benatar, the same problem that has befallen Grace. Sorry ladies, but I don’t want my queen to die 5 years into her reign.

My next candidate was Katy Perry: 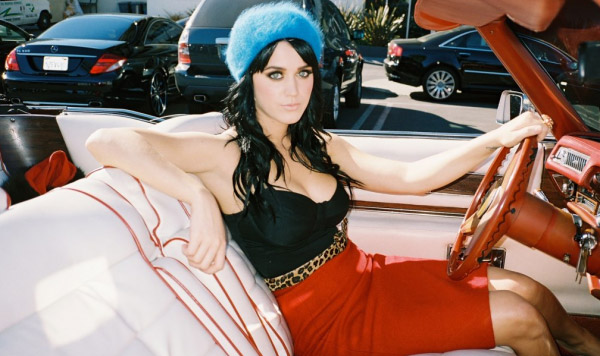 Young, nubile, and open to threeways with other women, Katy Perry is like a sex goddess. Plus, I could reach out to today’s hip young crowd. She also had that Angry_Jerk-esque edginess in her favor. But then I discovered this: 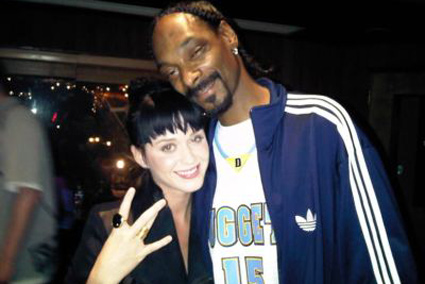 While I think we can all agree that Snoop Dogg is one dope ass nigga, he’s also a convict who has written a song about killing undercover cops. Being affiliated with that sort of thing might bring unwanted attention. Big sexable titties or not, Katy Perry was out of the question.

The next woman to catch my eye wasn’t really a woman yet. I had my eye on that devilishly delicious piece of jailbait, Miranda Cosgrove: 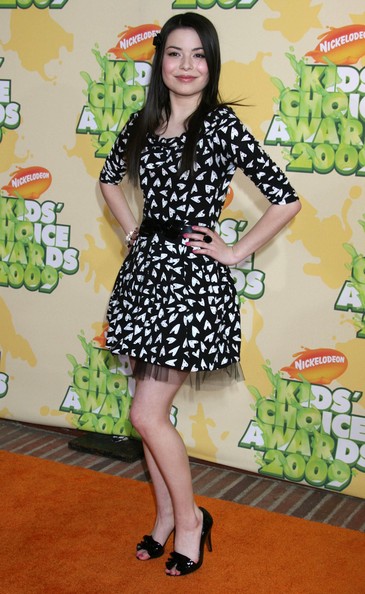 Like me, she has her own website where she talks about random shit. It’s like we’re soulmates. I attempted to court this fine young lady, and she even invited me to come meet her father. I’m no dummy, and I did a little recon before going to her house. As it turns out, this was her “father”: 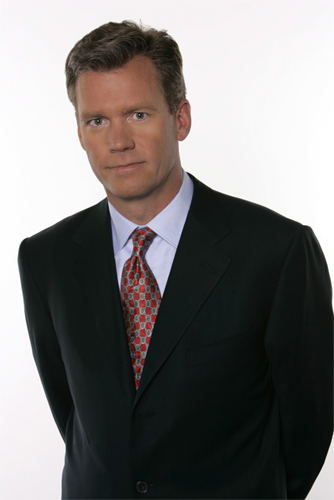 Nice try Mr. Hansen. Good thing all of my flirting over AIM consisted of double entendres. Try using those transcripts against me, asshole.

The next candidate I had in mind was my ex-girlfriend, Stephanie.

A Jewish queen? Surely that would silence the accusations of me being a Nazi. Also, those times we role-played with me as a concentration camp guard and her as Anne Frank were pretty exhilarating. “Vould you like a nice shower, you filthy Judensvine?” “Please sir, no!” “Und vat exactly have you been vriting in your diary about me, HMM? Vat nasty thoughts have you been having about me you filthy little Judenfrau?” “Please, not the showers!” “Vat, you do not want der shower? Get down on your knees und beg! Show me how much you vould like to be dirty!”

But then I remembered why I threw her out, and decided that I really didn’t want to be psychoanalyzed by some bitch who would have failed her psychology class without my help.

Four potential candidates, and not a single one of them suitable for my purposes. Now I knew how Jacob felt in “Lost”. Nobody understood what was going through my mind. Nobody except my music. I put on my “Best of Nightwish” playlist on Winamp, jacked my audiophile-ish headphones to their max volume, and began drowning out my sorrows to “Ghost Love Score“. The chorus echoed through my mind:

My fall will be for you

My love will be in you

If you be the one to cut me

The woman singing this song knew exactly how I felt: Fallen, cut, wounded. I had placed my love in several different women, and all of them had left me to fall and cut myself open on the ground. I felt dead to the world. I wished I had an angel for just one moment of love.

And that’s when it hit me. Jesus H. Christ on a corndog stick, why hadn’t I thought of this yet? I had found my new queen. Readers, kneel before the magnificent beauty of your new queen: 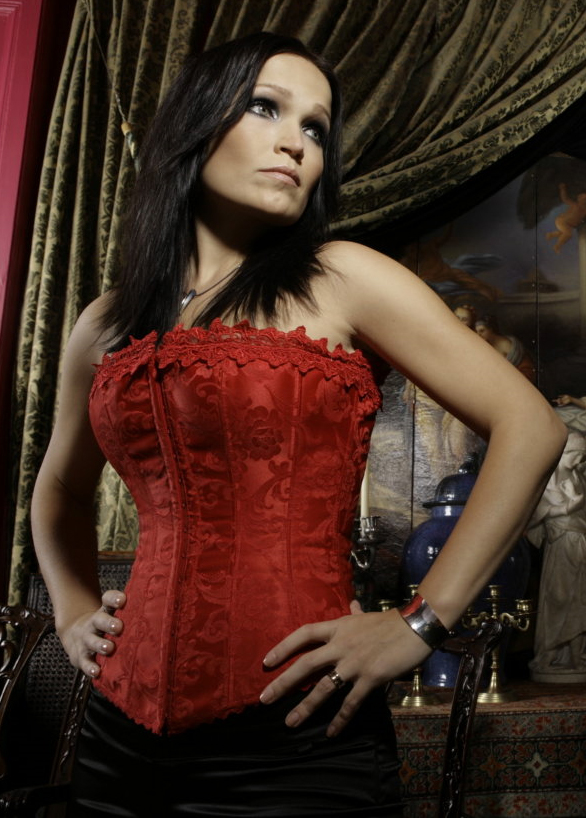 Tarja Turunen, the former lead singer of Nightwish. What, you’ve never heard of Nightwish?! I should beat your fucking ass for being such a primitive piece of shit. Because I’m almost certain your Faggoty Andy ass didn’t bother to click the links further back, THIS is Nightwish:

No, that WAS Nightwish. Unfortunately, their faggot keyboard player and song writer Tuomas Holopainen was mad that Tarja wouldn’t give him any, so he threw her out of the band and replaced her with some diva bitch named Anette Olzon. Butthurt much, you impotent pussy?

That’s cool though, because she got back at them during the Finnish version of the MTV Music Awards, Kanye West style: 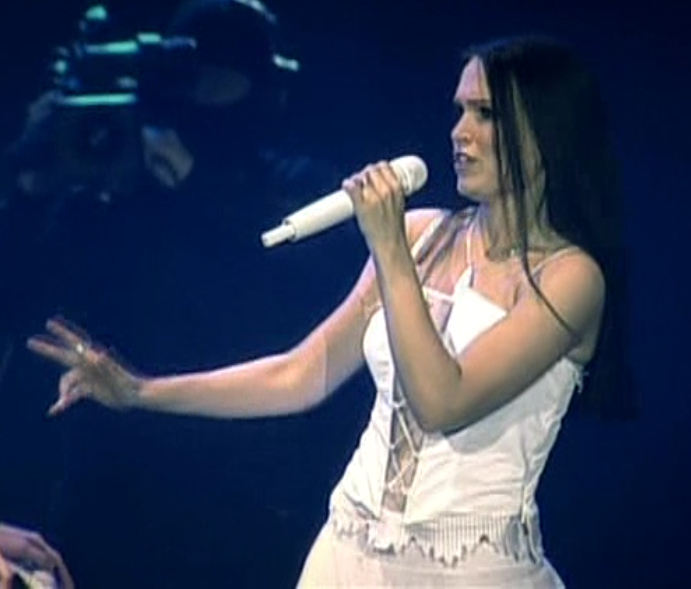 “Yo Anette, I’m really happy for you, I’mma let you Finnish, but I was the best singer Nightwish ever had!”

Okay, that kinda sucked, but I’ll be damned if I wasn’t going to work that perfect screen cap into this article somehow.

Tarja Turunen is now the Phoenix Queen. She even wrote a song to commemorate her coronation:

Either that or it’s about her overcoming childhood struggles.

All hail the new queen of AngryJerk.net! 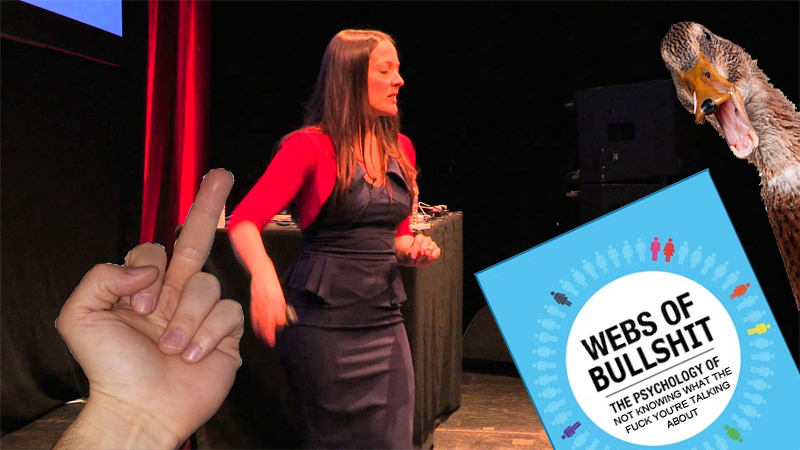 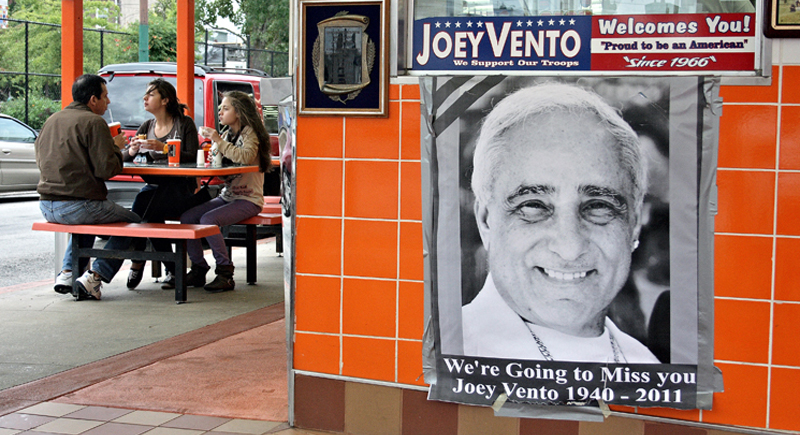 Joey Vento: Requiem for a jackass