I tried to avoid writing about ICP, since everyone and their mother has already done this. But then I realized I don’t give a fuck what you think, and decided to write this article.

Insane Clown Posse is a shitastic rape- er, RAP duo out of Detroit known for dressing up like clowns and singing about dark and evil stuff, like how they had their balls fondled by Uncle Sneakyhands when they were 5. Seriously, if you can listen to this shit for more than 6 seconds, you’ve gotta be deaf.

When they’re not busy giving each other handjobs backstage, they’re onstage whining about how Gene Simmons refused to fuck them backstage after a Kiss concert (because unlike “Shaggy 2 Dope” and “Violent J” he’s not a complete faggot, just a partial one). They wear black and white facepaint to remind Gene Simmons that he’s the reason they’re prancing around the stage angsting like big blubbering pussies.

Insane Clown Posse would be just another shitty act unworthy of mention if they didn’t have a legion of fans who take retardation to a whole new level. They’re so retarded that I’m actually feeling remorse for using the word “retard” in reference to them, because being compared to these assholes would be a grave insult to people who are actually retarded. Yeah, they’re so bad that they’re making me feel like being politically correct. Their act is fittingly dubbed “horrorcore rap”, which amounts to rap with a gothic spin. ICP has combined two of the worst genres and created a bunch of terrifying hybrids who call themselves “Juggalers“: 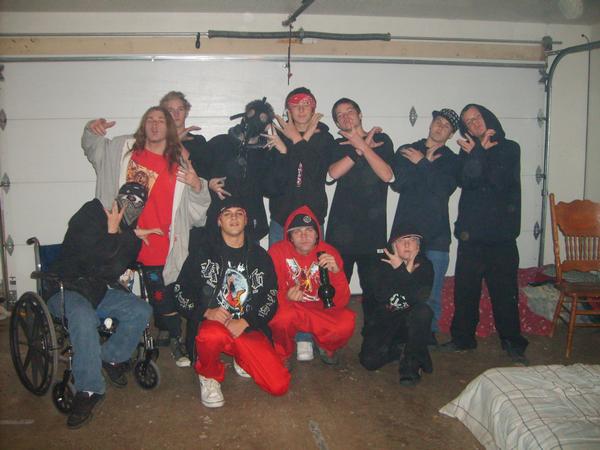 Juggalers can roll with both the Crips and the Bloods.

The nickname is a corruption of the word “Juggler”, a reference to Shaggy 2 Dope’s penchant for handling multiple sets of balls at a time.

Like most creatures on Earth, there are females of the species, known as Juggalerettes. You know that fat bulldyke with short hair from high school who always wore baggy black clothes and claimed to be a bisexual Wiccan while drawing pentagrams all over her books? That pretty much sums up most Juggalerettes.

Put simply, most Juggalers and Juggalerettes are white trash. Seriously: 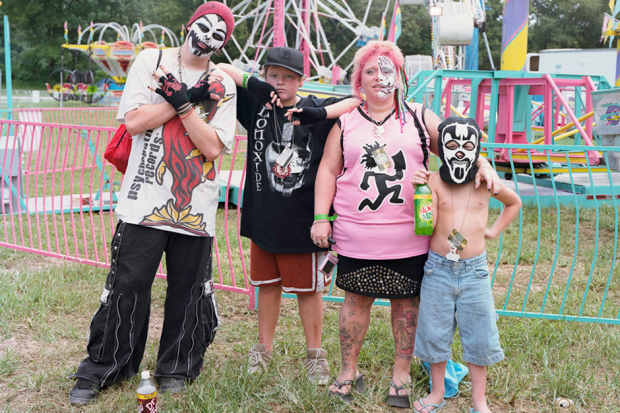 It’s like God told a joke and these people were the punchline.

Juggalers and Juggalerettes are such a plague upon society that several states have classified them as a gang. No, really. Their music is so god-awful that the government has mandated their persecution.

Now, I know there’s always exceptions to these kinds of things. In what will probably be their only positive contribution to society, a shitload of them attacked that stupid skank Tila Tequila with rocks and bottles. Great effort guys, but if you wanted to truly redeem yourselves to me, you should have finished the job.

Fuckin’ Juggalers, how do they work? By sitting on their fat white trash piece of shit asses and collecting your tax dollars.

7/11/21 – Retweaked the navigation bar a little bit because why not.

Also, come join the Discord server and talk shit with the AJnet squad (except for Señor Juan, who is apparently too good for Discord).

Join the TRUE and HONEST AngryJerk.net Discord and chat with fellow assholes, or try to pick a fight with me over an article:

(If you don’t have Discord, get it here.)