Am I the only one who’s wondering why the fuck US troops haven’t marched into Mexico and burned their backwater country to the ground yet?

Fuck this shit, it’s time to grow a backbone. Let’s march right into Mexico City and burn it to the fucking ground. I want to see shock troopers in all-black uniforms goose-stepping right to the capital building of Mexico, mercilessly slaughtering anyone who dares to put up resistance. I want to see Old Glory raised high above the smoldering ashes of Mexico City. I want fucking aliens looking to make first contact with the human race to approach Earth and see a giant blackened area where Mexico is, then turn around and leave in fear. The Mexican government doesn’t want to do anything about these cartels, so let’s do something for them.

I’ve heard shit about people living in fear of even speaking ill of cartels like Los Zetas. Are you shitting me? Look at their fucking leader, Heriberto Lazcano: 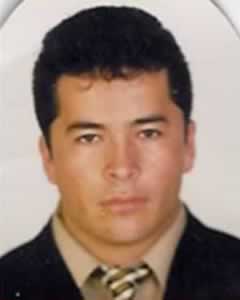 Seriously? You people are afraid of this fat faggoty piece of shit? He looks like Rick Astley’s illegitimate Mexican brother who was so depressed at his brother’s moderate success that he put on 200 pounds. If I ever saw this fatass in real life, I wouldn’t bow in respect or fear. I’d throw marshmallows and Gobstoppers at him as I called him names like “Porky” and “Tubbytits” with a Mexican accent. This guy looks like he could suck a golf ball through a garden hose. No, actually, he looks like he could suck a bowling ball through a garden hose. What the fuck kind of name is Heriberto anyway? His mother must have really hated his father for knocking her slut ass up.

Supposedly by doing what I just did, I’ve signed my own death warrant. Yeah? Bring it motherfuckers. If everyone else wants to tuck their tails inside their pussies and run away in fear, let them. I’m a man, and I’ll die like a man: Standing up for what I believe in until my dying breath. Want to “reconquista” something? Go reconquista your mothers’ cunts you worthless pussies.

Another thing that really boils my blood are the assholes who justify the storm of illegal immigration with shit like “We stole the land from them, so they have a right to take it back.” What? Are you condoning a foreign invasion of your own fucking country?! How the fuck can you even begin to call yourselves Americans? Justifying a foreign invasion of your own country is treason in every possible sense of the word, and people like this are nothing but a fifth column that needs to be rounded up and deported to the Galapagos Islands. What kind of bleeding heart motherfucker would support their own damn country being overtaken by foreign subversives? You want to live in a corrupt third-world pisshole? Fuck off to Mexico and go “embrace diversity” there. Nah, you don’t have the balls, since that would mean giving up your comfortable lifestyles.

The only state that seems to be standing up to this bullshit is Arizona. Slowly but surely. The next step would be for the governor to call for the formation of a private militia to actively police the border and mercilessly kill anyone trying to enter our country illegally. Los Zetas thinks they’re the best at striking fear into their enemies? They haven’t seen anything yet. Americans kill each other every goddamn day for little to no reason. We’ll shoot our neighbors over a fucking parking spot, so we’d have no problem making short work of a neighboring country. If I had my way, the entire border would be fenced off with dead cartel members on pikes. The genocide in Rwanda would look like a fucking children’s birthday party by the time I was through.

Have I lost my mind? Fuck yes I have. It’s time for more people to lose their minds and call out these cartels. They want to flood our streets with drugs? Let’s flood theirs with blood. This isn’t about diversity, this is about taking a stand against criminality. We can attempt to reform and rehabilitate until we’re blue in the face, but the only thing these subhumans really understand is brute force. Los Zetas wants to use Mexican commandos? Let’s use B-2 stealth bombers. They want to use the Mexican navy or air force? Let’s use space-based ICBMs. The unrestrained might of the American military greatly trumps that of a bunch of rag-tag cartel mercs. If we said fuck you to the UN’s rules of engagement, we could completely own Mexico in a week flat.

Face it, the Mexican people would be better off under American rule. Once we control Mexico, we can reform it and take away the incentive to risk their lives sneaking into the country illegally. Annex Mexico, not only for our sake, but for theirs. But mostly for ours.