WingHeads.com is a fan site for the Philadelphia Eagles, Philly’s shitty NFL team that always “comes so close” to winning the Superbowl, yet falls short every single time.

If you tell this to the McDagos, you might as well have just called their mothers a bunch of whores.

There are multiple ways to rile up Eagles fans, the biggest of which is to express support for their long-time nemesis, the Dallas Cowboys. The New York Giants are slowly beginning to take the place of the Cowboys, but then again you could say the same for any team which is better than the Eagles (i.e. most of the NFL).

Mr. Teeny, the angry midget who raped Ankaeo a couple of years ago, is a longtime Cowboys fan and hates people who can’t type for shit. Let’s see what he has to say about the faggotry found at:

As always, Mr. Teeny believes a proper introduction is required to start off on the right foot:

Why do you think he’s called “Feeley”? 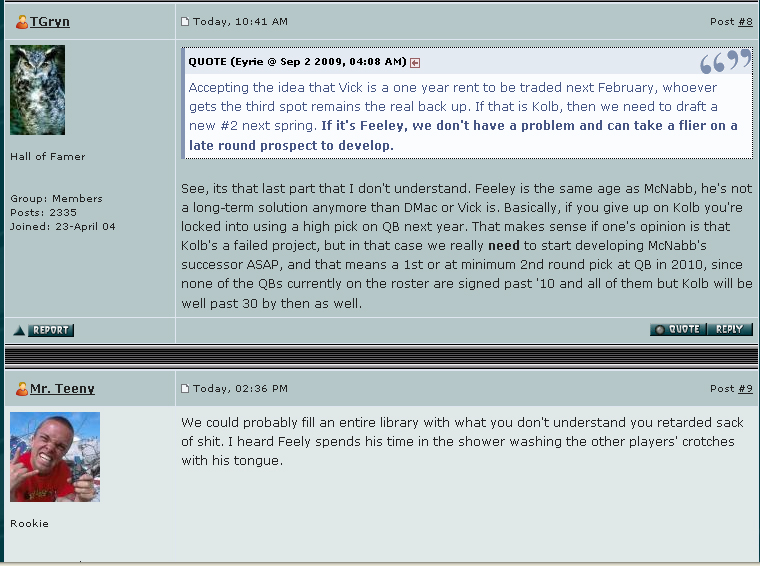 And the voices of a million McDagos could be heard screaming “Yo King, I’m gonna break ya thumbs!” 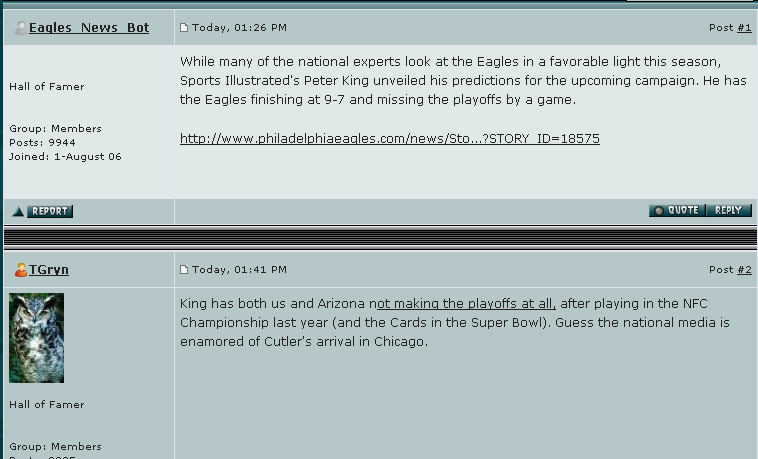 Nobody cares about Canadian football, idiot.

This was in regards to some guy saying that if knew the position of starting quarterback would be open, he’d have worked harder during practice. The only Hail Mary any of these guys ever threw was when asking their wives for sex in hopes that she didn’t have a headache that night. All were intercepted the next day by Big Black Tyrone, who then took them all the way for touchdowns. He also made the subsequent two-point conversions, turning these guys into cuckolds. 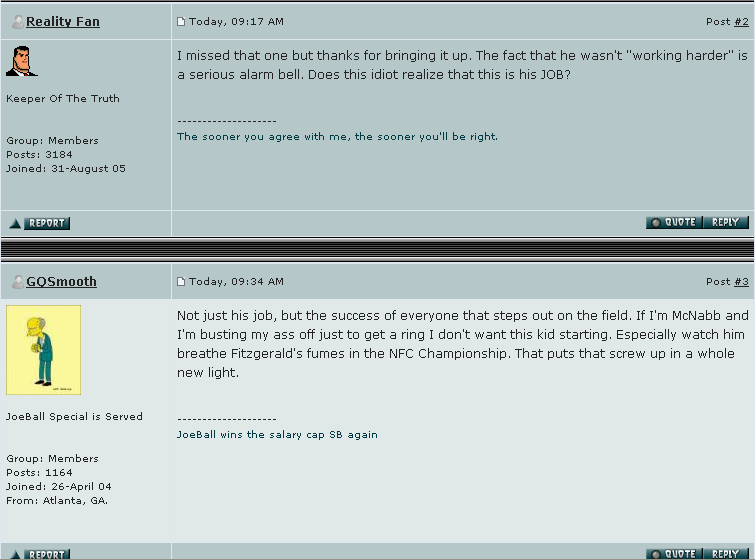 “They usually had it coming long before it happens.” What the fuck is this guy doing running an Eagles fan forum when he could be taking James Randi’s One Million Dollar Paranormal Challenge and showing off his psychic powers? Also, Hitler was very interested in the paranormal. Coincidence?

Fuck it, I’ll admit it. This was the only funny part of this whole thing.

I was going to post this, but apparently TGryn the psychic moderator knew what I was about to do and banned me before I could post it: 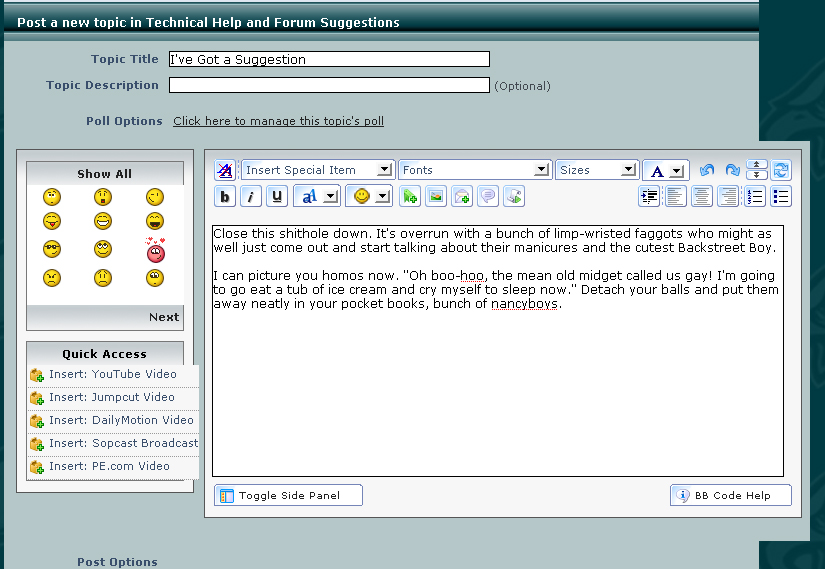 I’m disappointed in this one. The next one WILL be epic, and you can bet on that.