Skip to content
HomeSocial CommentaryYuppies are probably better off dead

Yuppies are the scum of the Earth.

“What is a yuppy?” you ask. Yuppies are to the human race as chocolate is to a dog. Even in small doses they make me sick and I’m sure if I were subjected to a huge crowd of them I’d die, most likely from slitting my own throat. That’s another problem with today’s society. People committing suicide take the easy way out by shooting themselves in the head or jumping from a building. YAWN. What’s the challenge in that? It takes more effort to cut your throat than it does to pull a trigger or move yourself off of a tall ledge. You have to make sure you cut the carotid artery or you’ll just uselessly bleed and probably be saved by paramedics before you can die. Then you’ll spend the rest of your life doped up on anti-depressants and being monitored by people constantly so you don’t decide to try again.

Getting back on track, here is a caricature of a yuppy, courtesy of American Dad: 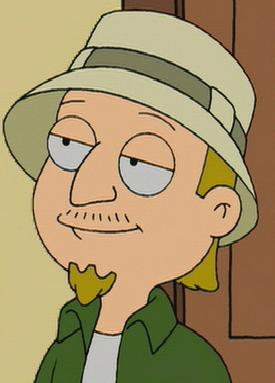 I was thinking of becoming the next Hitler and convincing the entire nation that yuppies are responsible for our nation’s decline so I can throw them all in concentration camps where they’ll waste away to nothing and we can throw them in the furnaces. Then years down the road, people would make up bullshit to demonize me, like how I made soap and lampshades out of the yuppies, how I was supposedly gay, or how I was brain-damaged from drug use. If anyone dared to say anything even remotely positive about me, they’d get bashed to oblivion and end up apologizing their ass off and having to repeatedly clarify how evil I was.

Yuppies wouldn’t really bother me that much if they decided to do like the Heaven’s Gate cult and pull a mass suicide. I can’t go into the camping section of Walmart without seeing all kinds of useless yuppy shit. They have “camp soap.” You probably think this soap is stronger or something, right? I mean, it is $3 for 4 ounces.

Instead of going to a dollar store and paying $1 for a regular-sized bar of one of the well-known name brand soaps, these gullible yuppies are paying $3 for 4 ounces of shit. They also sold portable shower bags. I have no idea how other states are, but here in PA, the state parks (DCNR REPRESENT!) all have bathrooms and hot showers. The only things you really need to bring are soap, shampoo, a towel, and other personal hygiene items. Toilet paper and even seat covers are almost always provided. They also had “Camp fork rests”. I’ve never seen someone using a camp fork rest before, but it seems like a complete waste of fucking money. In short, it’s money better spent on condoms to bone your girlfriend on top of the picnic bench.

I live in the boonies now, and up here it’s a big thing if you sell “Official South Philly Cheesesteaks”. I have no idea how a cheesesteak can be officially from South Philly up in the boonies, but okay. I went to one of these places because none of the other establishments up here seem to know how to make food. As I was entering, I held the door open for a yuppy couple. After entering, I was slammed in the face with all kinds of Philly stuff. There was Eagles (football team) and Phillies (baseball team) memorabilia everywhere, pictures of the actors from the Rocky movies, big ass paintings of the Liberty Bell, and even one of those gay “We Support Philadelphia Police” signs that started popping up after Philly cops were dying on the job left and right. I had initially believed I was on the other side of the state from Philly, yet here I was in the middle of a place promoting everything that was my hometown. BUT WAIT! There was one striking omission from the Philly-esque setting: NO MINORITIES. Here I was being expected to believe I was in the middle of Philadelphia, yet I saw not one single black, Puerto Rican, or non-white person. What a crock of shit! I demanded to speak to the owner of the establishment. This big fat greasy Irish-Italian guy came out and tried to intimidate me by asking me what was wrong with my meal and what he could do to resolve the problem. I grabbed him by the fat fold under his chin and slammed his face into the counter. I picked his head up by his greasy hair, looked him straight in the eye, and said “Pardon me sir, but I am most displeased by your establishment’s lack of African-Americans, Hispanics, and other people of a non-white skin color. Please resolve this issue, or I shall choose in the future to not patronize your establishment.” I gave his fat face one last slam into the counter, then flipped the cook off and walked out. The point here is that yuppies like to frequent these establishments, and are gullible saps. When I open up a restaurant around here (which will be easy considering nobody else knows how to do anything right), I’m going to get filthy rich by scamming yuppies.

I’m getting kind of angry. Time to go throw rocks at small animals.