It’s time to finish what we started in the 40’s.

Since history class was probably nap time for most people, “Fat Man” and “Little Boy” were the names given to the two atomic bombs that America dropped on Nagasaki and Hiroshima during World War 2.

Most readers know by now that I dislike France, Mexico, and Japan. I’ve already done an article on how shitty France is, and Mexico bashing is not only too easy, but also overdone. Even Señor Juan does Mexico-bashing, and he’s from there. Speaking of Señor Juan, he’s learned a considerable amount of English since his debut with the Flash movie and the Arthur’s Hall BANNED!. Being his tutor, I told him he has to write one article for the site, and I’ll grade it. This will determine whether or not he’s ready to take his citizenship test.

But anyway, back to Japan.

I would say that Japan is my least favorite country, but that would be misleading in the fact that it would sound like I actually have any feeling but pure hatred and contempt for the country. The only good things that came out Japan were the American soldiers when we ended the occupation (and Nintendo, but don’t tell anyone I said that). If I was Harry Truman, I wouldn’t have accepted Japan’s surrender. I would have built more atomic bombs and bombed the piss out of Japan until it sunk. Just look at Hirohito: 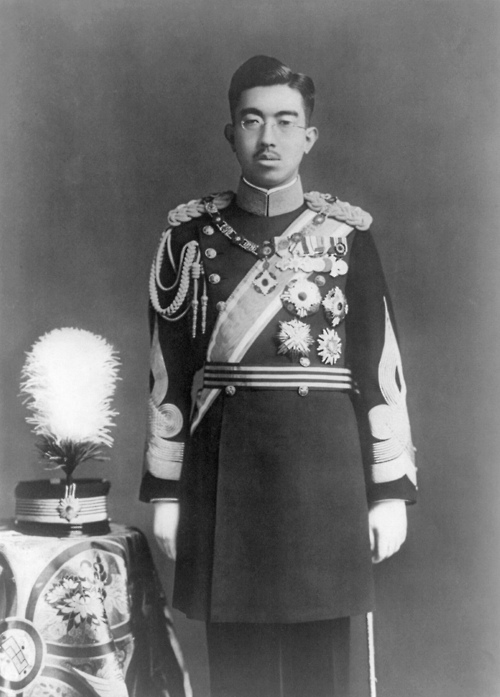 According to Japan’s constitution after World War 2, they’re only allowed to use their military for defense. They’ve gotten around this by exporting anime and J-pop music, and dominating the technology industry. I’m sure if I bothered to look at the place of production on this laptop, it would say it’s made in Japan. Japan has silently subverted America, and everyone’s too dumb to see it. They’ve already gotten us back for World War 2 by dominating the technology industry, and now they’re trying to subvert the minds of our kids with their shitty cartoons.

I’ve always admired Hitler as one of the greatest leaders in history, solely for the fact that he was able to rise from being some screaming guy on the corner and become the leader of one of the 20th century’s strongest military powers. Yeah, he commited one of the worst acts of genocide history has ever seen, but you have to give him credit. The guy worked his way up from the bottom to lead one of the most powerful militaries in modern history. That’s gotta be worth something, right? One of the few mistakes Hitler made was allying himself with the Japanese. I know Hitler didn’t genuinely like them or anything. He simply felt sorry for them and didn’t stomp their asses like he did to France and a bunch of other European countries. The same goes for Mussolini. What a fat pussy. Hitler only saved his ass from capture because he knew the Allies would give him a trial. Mussolini’s own people dragged him through the streets and hung him, which is much worse than a trial. Hitler only saved him so he’d get fucked over later.

If nations were bands, Japan would be Metallica. It has a large following, but its followers have no taste and it’s god awful. You know what would be awesome? If Metallica were doing a concert in Japan, and Iron Maiden flew over in a fleet of B-52s and dropped an assload of nukes while blasting “2 Minutes to Midnight” as loud as possible, wiping out both Metallica and Japan. That would be so awesome, I’d shit myself like I did when I heard the Dead Kennedys for the first time. The only way it could be even more awesome is if at the same time Jello Biafra went on a rampage in the middle of the country’s largest Hot Topic store and killed every single anime-loving emo pussy in there. The most awesome thing possible would be if Jello Biafra, Iron Maiden, Ozzy Osbourne, and Billy Joel teamed up to form a super band that thrashed those Metallica pussies into oblivion, then sunk Japan by playing “California Uber Alles,” “The Trooper,” “Iron Man,” and “We Didn’t Start the Fire” simultaneously. I hate Metallica and I hate Japan.

I can’t wait until I’m 35 and can run for president. As soon as I get into office, I’m launching one-third of America’s entire ICBM arsenal at Japan, then following it off with a full-scale air raid on Tokyo to kill any potential survivors. Then, I’ll amass the largest fleet of submarines ever assembled and launch an assload of missiles all around Japan and sink it so it can never be populated again.

Japan has done nothing good for the world besides give me a nation to hate. I don’t trust those slanty-eyed yellow bastards for even a minute. I urge all parents to boycott Japanese-made stuff, as I think they’re using the proceeds to fund another attack on Pearl Harbor. Never forget Pearl Harbor (but forget the movie, that was awful) and never forgive the Japanese for their barbaric assault.

I used to have this poster on my wall, but I left home, so I had to take it down. Fuck Japan.