Ever see a woman/girl that you wish you could score with, but you know she’d never want anything to do with you? Well you don’t know! 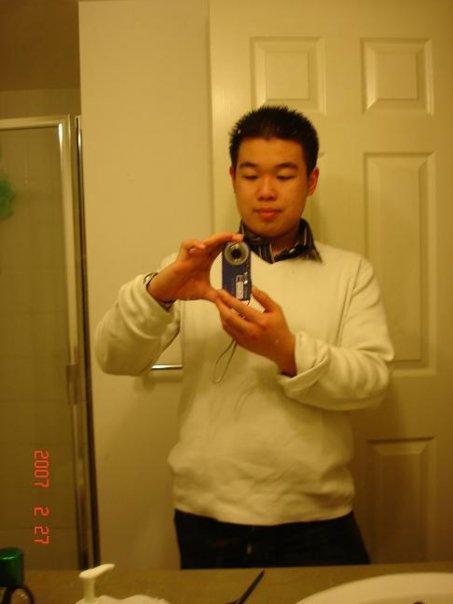 Look at him. What a faggot, amirite? With my advice, he went from being a gook-ass William Hung wannabe to this: 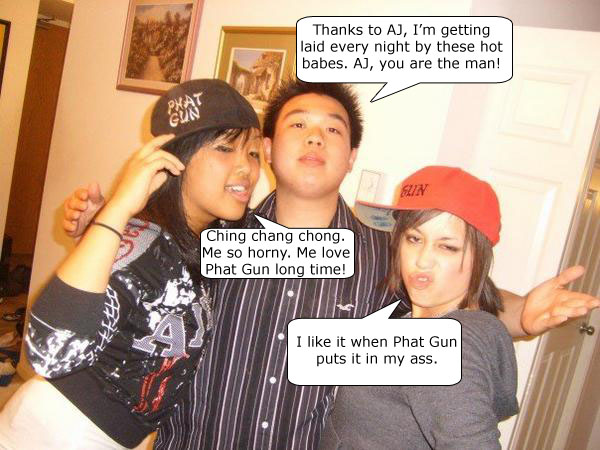 Haha, yes Phat Gun, I am the man. See what my advice does for people? You’d have to be fucking stupid to not take it. Here are some tips to help you get the girl of your dreams.

Most guys think this is cliche, but it’s actually not. This works best when the girl has eyes that are not brown. If she has green or violet eyes, please send me a picture with her name, phone number, and address. +216 if she has black hair to match.

The best way to execute the eye compliment is when you’re one on one with her. Hold her in your arms, and look into her eyes. Tell her something to the effect of “I could lose myself in those eyes for hours.” By giving her such a sweet complement, you have laid the foundation for your pursuance. You can usually tell by her reaction if you’ve done this right. If she smiles, and tells you how sweet you are, you probably stand a good chance of obtaining her. If she doesn’t reply, or simply says “Thank you” without a nice smile, you may want to consider finding another woman.

Sadly, the stereotype about guys being sex-crazed pigs is true. Don’t play into this stereotype. Or at least conceal it the best you can. I can’t stand guys who use women solely for sex. If the girl you’re trying to hook up with sees that you’re just like the other guys who pressured her for sex non-stop, she won’t even consider you. On the other hand, if she is into that, chances are she’s a slut who will probably have like 50 other guys behind your back, and you’re better off finding another woman. But hey, if you enjoy feeling your dick burn when you pee, more power to you.

One thing guys don’t do enough for women is support them when they need it the most (or rather when the woman thinks they need it most). Yeah, we don’t really care about whatever drama her and her friends have going on. “Jenn’s such a slut!” “Jess told Sara behind my back that I’m a bitch!” “Sara’s trying to sabotage our relationship so she can have you!” It’s all petty shit to us guys. If another guy talked shit about one of us behind our back, we’d kick his ass, only to find out later the guy who told us about it was lying. Then, we’d kick that guy’s ass for lying to us. After that, he’d get 30 of his friends to jump us and fuck up our car.

You have to be supportive of the woman. If you see that she’s upset, or that she looks like something is bothering her, ask her if she wants to talk about it. At first, she’ll probably say “No, I’m fine.” Ask her “Are you sure? You seem upset.” Eventually, she’ll start telling you about it. Listen to her, and comment on whatever you can. Make most of your comments supportive, but don’t be afraid to show that you can see the other person’s point of view. If you’re too agreeing, she’ll most likely think you’re bullshitting her and just trying to get in her pants.

4. Don’t be over-protective and controlling

This may be the most important one yet. I know a guy whose wife left him for a younger guy because he was a control freak asshole (SPOILER ALERT: I was the younger guy).

Way too many guys tend to take the whole “she’s my girl/wife” thing too literally. If you try to dictate to your woman what she can and can’t do, she’s liable to rebel and do it to spite you. Kind of like when a father tells his daughter she can’t date black guys. Of course she’s going to come home with the ghettoest nigger in the hood, and tell her parents she loves him no matter what they say. Or like telling someone not to press a button. Eventually, curiosity’s going to get to them, and they’re going to press that button to see what it does. If your woman (again, not literally yours) is doing something you don’t like, the best thing to do is tell her (not yell at her) why you don’t like her doing it. If she really doesn’t want to give it up, make some kind of compromise. Usually any woman that loves you will be willing to slightly alter (not completely change) her ways to be with you. But if she’s that stubborn and combative over it, either she’s not as attracted to you as she says, or you’re making an unreasonable demand (i.e. “You can leave the house, but only if I’m with you or know where you are. Otherwise, I’m going to call you non-stop, go looking for you, then have my way with you later when you get home so I can assert my authority and control over you.”). If you’re really getting bent out of shape because she’s hogging the covers or something equally stupid, you deserve to be best friends with your hand the rest of your life.

5. Don’t be too fucking picky

Another one of the biggest problems I see with other guys is that they’re too damn picky. Okay, I can see not being attracted to a chick who’s 500 pounds. But if your idea of a fat chick is this: 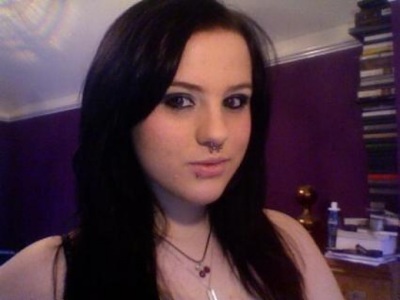 Then you really need to come down off of your goddamn high horse. Seriously, who the hell are you? The Prince of Wales? These are the same type of guys who won’t date a girl if her eyes or hair aren’t exactly the right shade they want, or if her teeth aren’t perfectly white.

Sure, you may end up with some smoking hot blonde-hair blue-eyes babe. But chances are she’ll just pussy whip you (“Buy me that cute little dog or I won’t have sex with you anymore!”) Hot women know they are hot, and will use this to their advantage to get guys to do whatever they want them to do. Don’t get me wrong. There ARE fat chicks that try to do that shit too.

I’m not bashing on fat chicks at all. I’ve met a lot of fat chicks who are the greatest people, and completely undeserving of being labeled or judged by their weight. However, the ones who still act like arrogant whores and pretend to be the greatest thing on Earth deserve every fat joke thrown at them. In fact, it’s my life mission to knock conceited fucks like this off of their pedestals and back down to Earth. Being “beautiful” doesn’t make you better than the rest of us, so why would being an overweight whore? I appreciate overweight chicks who can admit they’re overweight while not putting themselves down about it non-stop. If you have a great personality, you’re probably already better than most supermodels.

Getting back on track, guys need to stop being overly picky about women. I’m tired of hearing people critique chicks like they’re some snooty art majors looking at amateur paintings, picking out very minute flaws such as “Her gums are too big.” When will you ever see her gums other than when she’s smiling for a camera? And even then, all she has to do is not open her lips as wide, and problem solved.

Camera angles can also make chicks appear fatter than they really are, just in the same way they can be used to conceal weight. The only way you can truly judge a person’s appearance is in person. Pictures rely on multiple conditions in order to accurately portray a person. The environment the picture is taken in, the position the subjects are in, the clothing the subjects are in, the angle at which the picture is taken, lighting, temperature, weather, and the quality of the camera itself all determine how the subject looks in the picture.

The point here is that while having standards is good, having absurdly high standards is just plain ridiculous.

2/15/21 – Finally, the undisputed, undefeated champion of internet ranting has officially returned with a new article!